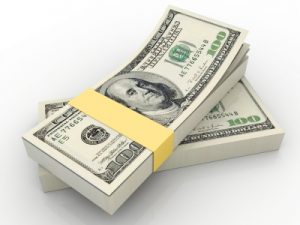 My parents have always done their best to make sure that my siblings and I are treated equally.

We joke about it sometimes, but it’s definitely appreciated.  As we’re all now adults, I try to remind them that if one of us needs financial assistance, they can help that sibling without feeling indebted to the others.

Doesn’t always work.  But it’s nice that they try so hard.

Some friends of the family are really struggling with fairness right now.

After losing the family matriarch, the patriarch and one of his children are battling over money.  I will call said child A and not use any pronouns to protect the innocent.  A believes that since the matriarch is gone, A is now entitled to money and property belonging to the parents.  Patriarch believes that the stuff is his.  Of course, he is very good about distributing his late wife’s possessions to his children, but certain things he has chosen to keep.  A thinks that if they were wedding gifts, they should be passed on to the next generation.  And this is just one example

It’s sad, because it’s just grief manifesting in greed.  And the other child in the family has just walked away from the situation, letting A take whatever A wants.

Now, I don’t know if Matriarch had a will or if she and her husband had a joint will leaving everything to the other if one died first.  But either way, this situation has been a big reminder that leaving a will is so very important.  Even though she couldn’t have divided up all of her possessions, I think that leaving certain items to each of her children would have made this process easier on all of them.

There are a number of lessons to be learned from this.  If you want certain possessions to go to a certain person, make a will.  Even if it’s just your collection of beer glasses that you stole from various bars during college.  If it’s important that it go to your college drinking buddy, then make sure you have that written in your will.  Or written somewhere.  Even if it’s not an executable will, you can always hold out hope that whoever inherits those items will pass them on to the person you intend them to go to.

The other lesson is one you hear a lot: Family and money can cause lots of trouble.  Because this situation isn’t just about specific possessions.  The word “inheritance” has been tossed around a lot.  And that’s just money.

Personally, I don’t think about any money I might or might not inherit when my parents pass away.  I’d rather have them around a long time and I’d rather they spend their money as they see fit.  Whatever makes them happy.  Maybe this situation is why so many people choose to leave money to charity.  Once they’re gone, who cares if their relatives are mad at them?  But by dividing up the money between people, greed rears its ugly head and suddenly fights begin.

I don’t know what the solution is.

Maybe it’s just to try to remember that life isn’t all about money.  Funny, coming from a personal finance blog, right?  But money is just a means to an end, and while we should work to save more and be able to do more with less, we shouldn’t let greed change how we live or interact.  And we certainly should do our best to not let it destroy relationships.