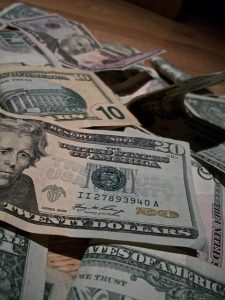 I last updated my net worth in April after years of not updating.  As I said back then, this was no longer going to be a monthly exercise.  It’s a bit tedious, and I’m not sure a month by month comparison is all that telling.

I just finished updating my spreadsheet a little more than 4 months later, and I’m still not sure it’s all that telling.

But I’m not sure this is a realistic number.  Let’s discuss some of the changes.

First off, my house value is up 3%.  That is a HUGE change.  I use Zillow to determine the current price estimate for my house rather than just use the purchase price.  (If you’re curious, Zillow has my price down about 2.5% from when I bought it.)  Did my house really improve that much since April?  Well, I did improve the closet.  But Zillow doesn’t know that.  A house on the next block over went on sale for a ridiculously high price.  According to the sign in the yard, it was under contract, then it was back on sale, then the listing appears to have been removed.  That could mean many things, but it ultimately means the house did not sell for that price.  I’m wondering if this is why the value went up though.

Next, my investments are doing quite well.  This includes both my regular investments and my retirement funds.   That always makes me happy.

However, these two increases are kind of meaningless.  First off, the home value is kind of an arbitrary number.  Besides, I’m not looking to sell anytime soon.  It just makes sense to include the number to offset the damage done by the mortgage.

As to the investments, I don’t do day to day investing.  My investing style is more “set it and forget it.”  Sure, I check in from time to time, but I’m not in it for short term gains. I’m in it for the long haul.  Especially when it comes to retirement accounts.  Retirement is a long, long time away.

Now, let’s look at the decreases.

My car value went down.  Kind of meaningless.  I plan to drive that thing into the ground.

My mortgage also went down.  This is a good thing, since it means I’m actually making my mortgage payments.

But my day-to-day cash accounts also decreased.  Not only did I spend a chunk of money on my closet, but I also have been spending more than I should be.  I’m not putting myself into debt – but I’m also not saving money like I should be either.  In fact, this month, the only savings I had was in the form of retirement.  I didn’t put anything into my long term accounts.  As a financial blogger, I’m embarrassed to admit that.  But it is what it is.  I’m going to own my mistakes and do better next month.  And the month after that and so on.

So while the net worth experiment appears to be going in the right direction, what looking at those numbers ended up telling me was that I need to get it into gear and work harder and try to get the more meaningful numbers up.

I’ll probably update again around the end of the year.  And I will do better.

Has your net worth went up or down in the last few months?