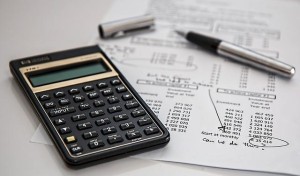 Last week’s net worth exercise was really eye opening.  I knew that I had been spending more than I should be, but I didn’t realize just how bad it was.  And that’s a problem.

It’s sort of a “my diamond shoes are too tight” situation.  I’ve managed to get my budget into a place where I have extra funds, but rather than saving those funds, I let my self go a bit too crazy and I spent those funds.  And then some.  I’m clearly not spending myself into debt, but I’m getting pretty close to having to touch my savings, and that’s not good.  I should be increasing that savings, not dipping into it.

So I’m declaring September a “no spend month.”

Getting My Budget In Order with a No Spend Month

Now, that doesn’t actually mean I’m not going to spend money.  I still have to pay my bills.  I still have to buy groceries.  But every expenditure is going to be analyzed.  I’m not even looking at any of my favorite deals sites.  I don’t care who is having a sale.  I’m not buying anything extra this month.  Just the necessities.  I’m not going to eat out, I’m going to cook at home and try to use up what I have rather than buying more things from the grocery store.

I also took a hard look at where some of my money is going.  I was getting a couple of monthly subscription boxes that weren’t very expensive, maybe $10-$20.  But that adds up, so I cancelled them both.  I also finally cancelled my subscription to Runner’s World.  It’s only $12 a year, so i had been renewing it, but I never read it anymore, so why waste the money?  That sort of thing adds up (plus it adds to the clutter in my house).

I’m not going whole hog frugal.  But I’m really taking a look at where my money is going and pulling back where I can.  There are a number of things that I do want to buy (now that we’re out of summer attire at work and I’m back into dress clothes, I want to go shopping and upgrade my wardrobe a bit more), but that’s not happening this month.

I need to get my budget in order.  I need to be prepared for the bills that are coming this year.  Half of my property tax bill is due this month (and I have the payment scheduled) and the other half is due in December.  Had I stuck with my planning ahead, I would be ready for it, but instead, I only had enough set aside for the first part of the bill.  Going to have to tighten things up if I want to pay that bill without hitting my savings.

Again, it’s not an awful situation to be in.  I’ve put away money so that it’s there if I need it.  But I shouldn’t need it.  I should be able to make ends meet using my day-t0-day accounts and continue to grow my savings.

I’ve let things get out of hand and I need to really rein it in.

Do you ever take a hard look at your spending?  Have you ever done a no-spend month?