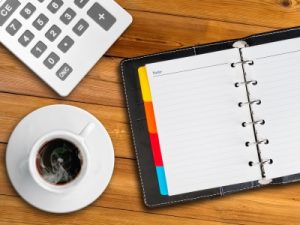 As of this morning, I have reached the halfway point of my no spend month.   So how’s it going?

Well, before looking at the numbers, a few things that I have been doing:

1.  I stopped looking at all deals sites.  Zip. Zilch.  Nada.  I don’t even open the links.  It’s too easy to see something I “need” to buy.  And if it’s a deal, it’s worth the money, right?  Wrong.  Even if it’s something I’ve been wanting for a long time, right now I don’t have the money to spend.  That’s how life works.

2.  I’ve packed my lunch for work.  Every single day.  (Of course, this doesn’t mean that I’ve eaten it every day, as I got roped into going out to lunch with a friend last week.  But I tried.)

3.  I’ve been working to use up the foods in my pantry and freezer.  Why buy more when I have what I need?

4.  While this doesn’t have to do with spending, I sat down and clipped coupons this weekend.  I get a local newspaper because I wanted the online subscription, and when I subscribed, it was weirdly cheaper to get a hard copy of the Sunday paper along with the online subscription.  I justified it by saying I would save the subscription price in coupons… then never cut the coupons.  It’s a step in the right direction.

Well, it hasn’t been perfect.  As I said, I did go out to eat once.  And instead of grocery shopping, I splurged and went to one of those meal prep places.  I should sit down and calculate it out – it might actually be a better deal, since I came out of it with what calculates out to 24 servings of food.  But it was still an expense.  I also picked up some snacks for a friend and I for after a race we ran yesterday.  I probably should have bought less or not gone for the fancy snacks.

Timing also wasn’t great.  I had to get a crown on one of my teeth.  I’m hoping my insurance will reimburse a bunch of the cost, but even if not, it was something that needed to be done.  September is also the month where my cats go to the vet for their annual checkup and shots, and since they are now “seniors,” the vet recommended bloodwork.  I love these guys, so I paid the money for the added tests.  $500 later, it’s good to know that they are healthy and have many good years ahead of them.  I don’t count this as breaking the no-spend rules, even though it was an “optional” expense.  It’s just another place my money went.

The most random splurge was on teeth whitening strips.  My teeth aren’t bad, but I would like them to sparkle more, and after chatting with the dentist at one of my three appointments over the past month, he recommended a particular brand of whitening strips. So I bought them.  Probably something that could have waited.

One note – This month’s budget also has a number of refunds in the ledger lines.  Unexpectedly, when I cancelled my magazine subscriptions, I got money back.  I figured that it would just cancel at the end of the yearly subscription, but instead it cancelled right now and I got a refund.  Incredible!  Also, I had put a refundable deposit on a vacation for a year from now, and unrelated to no-spend month, my friends and I decided it just wasn’t going to work out, so we cancelled it and the money was refunded this month.  It’s nice to see those plus signs in the ledger lines!

So if I had to grade myself so far for the month, I would give myself a C+.  I’m doing pretty well, but there’s plenty of room for improvement.  No spend month means no superfluous spending, and I haven’t managed to accomplish that.

Have you ever had no spend months? Find success?