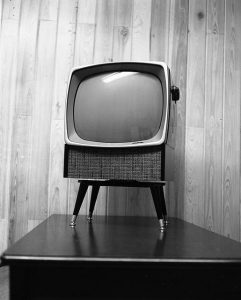 I’ve considered canceling my cable before, but I’ve never done anything about it.

Last January, I did ditch the movie channels because I realized I just wasn’t watching enough of them to make it worth it.  They do certainly make it tough though, with the great tv shows that HBO and Showtime have been putting out.  But I realized that it was just as easy for me to wait for the shows to come out on DVD or on Netflix.  Even if I had to purchase the shows on DVD rather than just renting them, it was still cheaper than keeping premium cable channels.

I’ve been doing more research into canceling cable as of late, and I’m finding it pretty tempting.

I don’t watch a lot of television.  Well, let me take that back.  I don’t watch a lot of television sitting in front of the tv.  I do watch tv while on my bike trainer or on the treadmill, and as winter grows closer, I’ll be spending more time working out indoors rather than outside.  I’m almost never watching live tv, however.  I’m watching something that I recorded on my DVR or a movie of some sort.  On occasion, I’ll have football on, but that clearly depends on the day.

I do watch a lot of tv on my computer, however.  While I get ready for work in the morning, I watch something on Netflix or Hulu.  I often do the same in the evenings while cooking dinner. It’s just something to have on in the background.  I’ve never been the sort to just sit and watch tv.

Part of the reason that I haven’t cut the cable yet is because I’ve got a discounted plan from the cable company that includes phone and internet.  Clearly, internet isn’t going anywhere, and I like having a home phone number.  I’m not the sort of person who carries her cell phone around the house when I’m home, and if I’m not careful, I end up burning cell phone minutes talking with family and friends.  It’s also good to have with my alarm system.  If something happens and the alarm passcode isn’t entered, the alarm company calls the house.  It’s not going to work as well if they call my cell and it happens to be a pet sitter at my house.

I’m currently on a promo plan with the cable company, and I think I’m going to look into cutting cable when that promo is up.  It depends on just how much money I will save without the television option.  If it’s a good amount of money, clearly it’s the right choice.  If it’s between $10 and $20, I will have to debate whether or not it’s worth it.

I’m also going to look into indoor tv antennas.  My television is probably about ten years old, so I will likely have to look into getting a digital converter as well, but it’s definitely something that I should research.  The one thing I don’t want to lose is the ability to watch local news.  While I don’t watch it daily, in an emergency or even in bad weather, it’s nice to have around.

Have you cut the cable cord?  Has it been worth it?