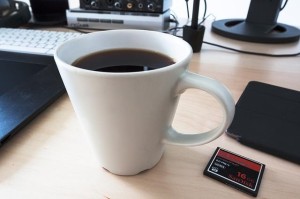 September has come and gone, and thus I have reached the end of my no spend month.

So how did it go?

To be honest, not well at all.  The first half of the month was good.  The second half… less good.  But I learned quite a few things about myself and my spending habits.

I’m a sucker for a good deal.  When the bras that I wear went on sale on Zulily, I bought a few.  Yes, I know, I said I wasn’t going to open the site.  But a friend pinged me to alert me to the sale.  And I just couldn’t turn it down.

I also finally found a great bargain on a dresser for my guest room, something I’ve been hunting for for months.  So I bought it.  Then I realized I needed to buy a wedding gift for friends as well.

And then it was as if the floodgates had opened.  I didn’t go crazy, by any means, but the thought that I was trying to not spend money sort of disappeared from my mind.

Okay, I did go crazy in one way.  I bought the iPad Mini that I have been lusting after since December.  (Note that this means that a new one will come out this month.)  Why did I make this purchase?  Well, my hard drive on my computer crashed and burned.  I had everything backed up, so no worries there, but while the computer was being repaired, my only access to the internet was through my phone.  I fell behind on my blogging and other commitments.  Plus I just missed having the connection.  So I decided that it was time.  It will definitely help me keep up with my various commitments while I’m traveling over the next few months, and it will be great for entertainment purposes on those long plane rides.

I’m not trying to justify the purchase.  It was a no spend month and I spent a bunch of money on a non-necessity.  But it is what it is.  And I don’t regret it one bit.

Of course, some saving is better than no saving at all.  I just need to keep working at it.  I’m not making October an official no-spend month, but I’m definitely following the concept of mindful purchasing this month.  Getting a deal is great if it’s something that I would have purchased anyway.  But I don’t need to be buying deals just because “Hey, that thing is cool and it’s on sale!”  I need to make sure to keep up with my budget and track where my money is going.

Essentially, I need to get back to basics.

Now, how can I make this shiny new gadget help me with that goal?