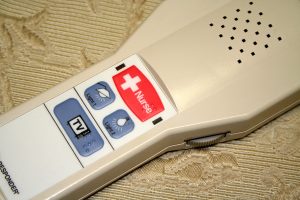 If you’re in the United States, you’ll know that the big news the past few weeks has been Ebola.  It has hit our shores!  We are doomed! Or at least, if you watch the news, that’s what you might think. As of this writing, the only people who have contracted the illness in the United States have been medical professionals.  One man who contracted the virus elsewhere died here.  His family, who he was with prior to his hospitalization, never got sick. And yet people all over the country are being quarantined.  A teacher in Maine was put on 21 day leave because she traveled to Dallas for a convention.  Another school was shutdown because a teacher flew on the same plane as one of the nurses who got sick – not on the same flight, just the same plane.  I know people who are canceling vacations and considering keeping their kids out of school. People.  You are overreacting. Now, that’s not to say that Ebola isn’t a big deal. It is, especially if you’re living in one of the countries that has been hardest hit.  I worry for Liberia and am thankful for all of the medical professionals willing to go and care for the sick in those areas.  But you need to learn the facts.  While yes, viruses can mutate, at this point, the disease is not airborne.  You are highly unlikely to catch it.  Do your research.  And sure, wash your hands and take care of yourself and try to avoid people who are sick.  But you should be doing that anyway.  It’s flu season, after all. What does this have to do with finance?  Well, it’s a reminder that anything can happen at any time, and while Ebola is not a reason to batten down the hatches, it’s never a bad thing to be prepared.   I liken this to the CDC’s recent campaign showing people how to be prepared for a zombie apocalypse.  Likely?  Clearly not.  But being prepared for zombies is like being prepared for Ebola or another pandemic or even a hurricane.  You need a plan in place. How’s your emergency fund looking?  Do you have money set aside in case you do get sick and have to take time off from work? What about your emergency supplies?  You need a couple of days worth of food and water available.  And that includes food for your pets too.  Same goes with medications.  Do you have a first aid kit?  Have you checked it recently?  How about a go bag if you suddenly have to evacuate? And what about a meet-up point if you do have to evacuate? On the lighter side, when cold and flu season hits, I like to make sure that I have some cold symptom relieving medications in the house – something for congestion and something for a cough.  The last thing I’m going to want to do if I get sick is have to go to the drugstore.  I don’t stock up a lot, just make sure that I have what I need if I wake up sick one day.  And I can tell you that I have never had to throw away expired meds.  Inevitably, I get at least one cold a year that knocks me down. So don’t let Ebola scare you.  If you have some extra money, consider donating to one of the amazing organizations with boots on the ground over in eastern Africa.  And use this as a reminder to be prepared in case of an emergency.  And to be thankful that we live in a country with good sanitation and a good healthcare system.