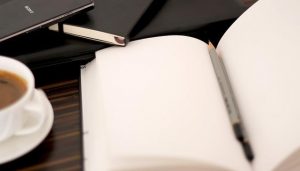 I made a pretty rookie budgeting mistake this month.

I spent my money before I had it.  Terrible plan.  Counting chickens before they hatch and all.  And I overspent.

Let’s go back.  A few weeks ago, my boss told me I was receiving a small monetary award for a project I had managed over the past two years. It was a resounding success, and that was reward enough, so I was surprised and delighted to find out that I would be receiving a small bonus on top of that.  I wasn’t sure when it was coming, but I knew it was coming.  Mentally, I figured out how much taxes would take off of the top and started thinking about all the things I could spend it on.

The problem is, I didn’t deal in fact, only in dreams.  So while spending money this month, I thought to myself “Well, yes, this isn’t in the budget, but I have that bonus coming, so it will all even out.  I’ll probably even have leftover money to spend on things.”  I wasn’t doing the math though.  I was paying attention only to this magical money that was coming.

Last week, I sat down and updated my budget.  And there was no way that my bonus was going to cover my budget overages.  I had made a huge rookie mistake.  I had thought about the money that was coming and used that thought to justify my spending.

Now, it would have been okay if I had sat down and said “Okay, I have $100 coming to me this month, and I really want to buy those $100 shoes that are on sale.  I don’t have the money yet, but it will deposit, so I can spend it now.”  Not the ideal way to spend, but at least it would have been a rational way to go about it.

Instead, I just spent as if I had a small fortune coming to me.  And surprise, surprise.  When the money hit my bank account this weekend, it didn’t cover all of the budget overages.  It helped, for sure, but I definitely overspent this month.

Lesson learned.  I need to go back to my plan of only spending what I have and not deal with “When this money comes to me.”  I need to deal in hard numbers and not in wishful thinking.

I’ll admit – being responsible with money isn’t always fun.  But managing to budget so that I have reserved money for all the fun things I want to do?  Totally worth it.