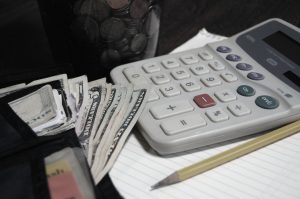 I feel like a broken record as of late.

I need to get my budget under control.

More specifically, I need to get my spending under control.

Thanks to circumstances beyond my control, my salary has not grown over the past few years while my expenses have grown.  My insurance costs more and my utility bills are higher even though I’ve reduced my usage.  I also bought a house a few years back and the incidental expenses that come with the house didn’t exist while I was renting.

The problem is that I haven’t reduced my spending.  I’m good at making budgets.  I’m not good at sticking to them.  It’s a big problem.  Thankfully, I’m not spending myself into debt.  I use the YNAB plan of spending last month’s income, and in December, I’ve already spent some of the money that is earmarked for spending in January. That means that in January, I have less to spend, and will likely spend some of February’s budgeted money and so on and so forth.

What this means is that I really need to pull back on the spending where I don’t need to.  This year, I went overboard with gifting, I know.  When I finally pulled out all of the things I had purchased for Christmas, I was shocked at how much I had bought.  Next year?  I need to keep lists.  Buying gifts year round is a great idea, but it can mean that I end up with way too much stuff.  (Still, it will be fun to see these gifts opened on Christmas.)

I also need to really watch the spending on things for my house.  I was very careful about not buying everything I needed for my house when I bought it almost four years ago.  I still have bare walls and unfurnished rooms.  That’s okay – not everything needs to be done at once.  But I keep finding little things that I want to add to my house.  I need to prioritize the spending.  Getting the dresser for the guest bedroom was a great idea and needed to be done.  The awesome art I also bought for that room?  Less necessary.

I think that my plan is going to be to hold things very tight in January.  It will be hard since I will be traveling, and vacations always come with unplanned expenses, but I’m going to be very careful about the funds that go out in January.  Sure, sometimes there are unexpected expenses that screw up the budget, like a trip to the vet for the cats, but any discretionary funds must be very closely watched.  I have my budget available to me on my phone.  I just need to pay more attention to it.

Does anyone else have trouble sticking to their budgets?