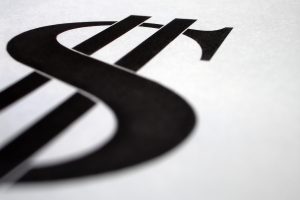 I last updated my Net Worth back in September.  Since it’s a new year, I decided it was time to update once again.  It will be interesting to do the update at the beginning of 2016 and see if I’ve improved.

So how are the numbers looking?

Good and bad, to be honest.  Ultimately, my net worth is up about 5.2%.  Any upward trend is a good one.  But how did I get to those numbers?  That’s the key.

My mortgage continued to decrease, as I continue to pay it off, and according to Zillow, my home value has increased.  I try to not put too much stock in Zillow’s number, but I like seeing increases in their estimates.  From what I can tell, it means that the market is improving in my neighborhood.  One of my neighbor’s houses recently sold for a nice chunk of change.  Plus it’s nice to know that the neighborhood isn’t getting more run down.  I’m not planning to sell anytime soon, but much like my retirement accounts, it’s nice to see them grow.

Speaking of retirement accounts, they didn’t show a lot of growth.  In fact, were it not for my continuing investments, they wouldn’t have grown much at all.  But I’m not investing for the short term, so I’m not too worried about it.

The big downside?  My cash accounts are way down.  That’s not a good thing.  It means my spending is outpacing my saving.  I knew it was happening, but I hadn’t had the numbers staring me in the face.  Admittedly, some of that change is money specifically set aside for spending, such as the money from my tax return that gets dumped into home repair and retirement investment accounts.  But over all, it reflects what I’ve been thinking.  I’m spending too much money.

This exercise has been a bit of a shocker, and one I’m glad that I did.  I have been saying it for a while, but I really do need to buckle down and stop spending so much money.  It’s tough to remember that I can’t necessarily keep up with the spending that my friends and family do.  My situation is different and I need to remember that.

Do you track your net worth?  How are your numbers looking this year?