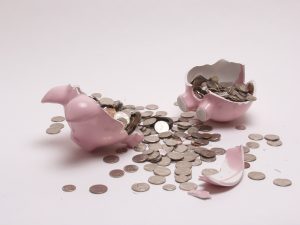 During the holidays, a lot of people in my office were out on leave.  That left me as the ranking person on my team, which meant that when a coworker called in sick, I was the one who she contacted.  Though never required, she told me why she was going to be out of the office. She had an exposed nerve in her tooth and it was causing a horrible headache.  She planned to take some painkillers and try to sleep it off.  I wished her well and hoped she could get an appointment to get it taken care of.  Her response?

“Hopefully next month, if there’s room in the budget.”

I visibly cringed when I read that in her email.  While I am no fan of going to the dentist, I’m terrified of having to have major dental work done, so when something is wrong, they’re my first call.  Tooth pain is no joke and sadly, since teeth don’t regenerate, the problem isn’t going to fix itself.

Now, I don’t know my coworker’s financial situation.  We work in the government, where salaries are standardized, so I have a pretty good idea of how much money she makes.  And I know that she somehow makes that money stretch incredibly far.  She’s one of those people who takes care of everyone else around her before she takes care of herself. (She also manages to spread her time incredibly far, and I’m not entirely convinced she needs sleep given all that she accomplishes in her off hours.)

I’m not writing this to judge her situation, because I don’t know what led her to decide to put off the dental work.  It’s possible her emergency fund was depleted.  It’s possible she couldn’t work out a payment plan with her dentist.  (And even if she has our optional dental insurance, it never pays all of a procedure.)  Plus, it was just Christmas, and knowing her, she provided gifts and meals to those less fortunate.

But it definitely reminds me that I need to be sure that if something like this were to happen to me, I have the money set aside to take care of it. My emergency fund can always be bigger.  For me, if this happened and I didn’t have the funds to pay for it, I would probably just put it on a credit card and incur the debt, but even if that is an option, it’s not the best option.  It’s certainly not a good way to plan.

So this year, I’m going to work to set aside a bit more money every month.  Let’s be honest, I’m going to work on setting aside any money for my emergency fund each month.  A few dollars here and there might not be much, but it’s that much closer I am to paying for something in an emergency situation.

(I’m going to also try to figure out my coworker’s secrets.  Seriously, that woman gets so much accomplished in her off hours.  I need to learn this skill.)