Are those groans I hear?  Sorry, you can’t avoid it.  It’s Tax Time once again.  By now you should have most, if not all, of your tax paperwork.  There are a few forms with a later deadline, but by and large, most people should have everything they need.

First off, do you know where your tax paperwork is?  Every year, I make a file folder for that year’s tax returns.  In my “2015 Taxes” folder, I put any pertinent receipts (charity donations) as well as my Property Tax bill when it comes in.  So if you haven’t pulled everything together, might as well start now.

Great work.  Pat yourself on the back.  Now you need to decide how to do your taxes.  This year, I once again used TurboTax.  It’s what works for me, but there are a number of different programs you can use, or you can just enter the numbers into the forms yourself.  You can also use an accountant if you have a complicated return or are just very uncomfortable with the process.

That said, do your research when choosing an accountant.  Don’t just go with the cheapest place you can find.  That’s not to say that a chain is a bad place – I know people who work for H&R Block for example, and it’s a good place.  But here in Maryland, for example, the state has stopped processing refunds from a number of places, including Liberty Tax, which is a pretty popular chain here.  (There’s one near my house that features a dancing Statue of Liberty out by the road during tax season.)  I don’t know yet what this means for the people who used them, but for your own peace of mind, do a bit of research first.

Once all your paperwork is done, take a look at your final numbers.  I know a lot of people get excited about tax season because they get a big refund.  That shouldn’t be your goal. Yes, you’re getting a refund, but it’s not free money.  It’s your money that you just let the government hold onto without paying you any interest.  You could have been using that money throughout the year.  Let’s say you’re getting $1200 back.  That’s an extra $100 a month you could have been putting towards your debt or investing or just saving and earning (a tiny bit of) interest.

I’ve finished running all my numbers and my return is far from perfect.  The ideal situation would be to either owe or get back very little.  A friend of mine finished her taxes, owed $8 to the state and got back $25 from the feds.  A net of $17 is pretty nice.  No, she’s not getting a huge return that she can go spend on something fancy, but it means her withholdings are set well.  I’m getting back way too much money from the feds and owe the state about a fourth of that.  Fixing the state would be easy.  “Hey, State, withhold this much more money.”  They’ll happily do it.  The federal one has been more complicated.  I started to play with the various online calculators and finally decided to go for it.  I increased my exemptions by 1.  So I should see a change in my paycheck.  I’m giving the state a little bit more and giving the feds a bit less.  Just in case, I’m probably going to take half of that increase and put it into a “Tax Time” savings account.  That way, if I owe a chunk of change, I’m ready for it, and if I don’t, I can pay myself the refund!
So we’ll see.  What does your tax return look like?  Are you getting too much money back?  Do you like getting that windfall in the spring?  Or are you looking to get more money in your pocket every pay period? 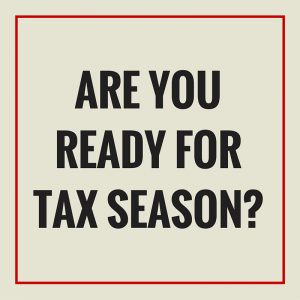