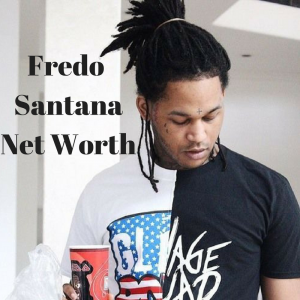 Continuing down the path of celebrity net worth reviews, let’s take a look at Fredo Santana’s net worth.

Fredo Santana, born Derrick Coleman, is a 27-year-0ld rapper from Chicago.  He is best known for his work in hip hop, drill, and trap music.  He originally signed with his cousin Chief Keef’s label and released his first mixtape in 2012.  He has since released seven more mixtapes and will release the 8th, Fredo Krueger 2, in September.  His debut album, Trappin Ain’t Dead, was released in 2013 and rose to number 45 on the US charts.  Fredo Santana also made an appearance in Drake’s music video for “Hold On, We’re Going Home.”

Fredo and his girlfriend welcomed their first child, a boy, earlier this summer.

Fredo Santana’s net worth is $5 million.  He has proudly stated in interviews that he “comes from nothing,” and he has used his talents to make a tidy sum.