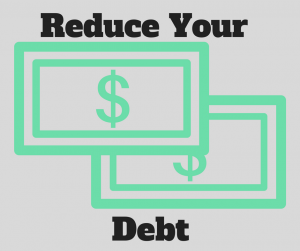 Are you in debt and starting to worry about how you’re going to pay your bills?  It is all too easy to end up in debt to multiple companies, and deciding to work your way to no more debt is the important first step in getting out of debt.  But once you’ve decided to start, what is the best method to paying off your debt?

Basically, as long as you’re paying down your debt, you’re doing it right.  Which strategy you choose depends on how you want to prioritize your payments.

If you’ve heard about Dave Ramsey, you’ve likely heard about the Debt Snowball method.  In this method of working towards no more debt, you list out all of your outstanding debts in order from smallest to largest.

Using the Debt Snowball method, you would work towards paying off Credit Card B first, then A, then C.  The interest rates don’t matter.  The purpose here is to pay off the smallest amount first.  Why?  Motivation.  Staying motivated is one of the hardest parts of paying off your debts.  So if you can see that $800 balance dropping and ultimately getting to $0, you will get a quicker win and remain motivated to keep working off that debt.

Remember, as you’re paying down card B, you aren’t ignoring cards A and C.  You’re paying the minimum payment so you don’t end up in default.

This method of no more debt focuses on getting the “most expensive” debt out of the way.  Let’s go back to our list of cards.   Credit Card A has a 25% APR.  That means that company A is charging you the most for loaning you money.  You are paying a higher interest rate.  So you start by paying off Credit Card A, then move to C, and finally card B.  Following this method, you will ultimately pay less interest than you would with the Debt Snowball method, but this might mean that you’re paying down your biggest balance first, and it might be a struggle to stay motivated as it takes you month after month of working.  Don’t give up!

The Most Painful Debt Method

For many of us, money is tied to emotions, and that can put barriers in the way of our goal of no more debt.  Man vs. Debt has created the Debt Tsunami to help counter that.  Instead of looking at interest rates or the size of the debt, look at the ones that are causing you the most emotional pain and pay those off first.  His example is two outstanding credit card debts and a family loan causing some strain in the relationship.  No matter the balance or interest rate of that family loan, this plan has you pay it off first to ease that emotional strain.

But emotions tied to money don’t always have to do with who has loaned you the money.  Maybe you have debt on a certain credit card because of a stupid decision you made.  Maybe you went on an emotional spending spree and racked up some bills you shouldn’t have.  It happens to the best of us.  But if looking at that particular bill every month is causing you stress, pay it off first.  Get it out of the way.

I think this is the best way to get to no more debt.  Use a combination of the above methods.  Maybe you start out by paying off the smallest debt, then start working towards the highest APR rather than tackling the next smallest bill.  Maybe you’re partway through paying off your highest APR credit card when your friend starts making noise about the $500 you owe them.  No big deal, switch directions and pay off that debt, then take a look at your outstanding debts and pick a new one to work on.

And remember, no amount is too small.  Maybe after you’ve made all your minimum payments, you only have an extra $20 to put towards your debt.  Do it!  It may not see like much, but it will add up and help you pay off those debts.