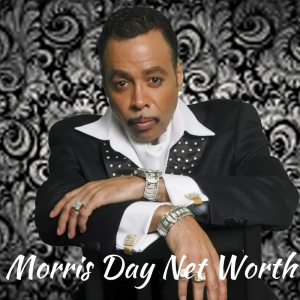 When I saw Morris Day’s name in the news recently, my first thought was “Well, that’s a blast from the past.”  Many of you may not recognize his name, but you’re certain to recognize his music.  Born in 1957, Morris Day got his start in music as a member of a group with Prince while they were in high school. Yes, that Prince.  Though the group didn’t last long, Day’s friendship and collaborations with Prince continued for decades to come.

Morris Day was the lead singer of a band called The Time and set out on a solo career in 1984.  That same year, Day appeared in Prince’s Purple Rain, increasing his popularity.  But it wasn’t until 1990, after The Time reunited, that Day got his first #1 hit, Jerk Out.  Unfortunately, the popularity didn’t last.  Day, however, has a good number of devoted fans, and he has continued touring over the years, remaining a popular concert draw.  He and The Time reunited in 2016 to play at the Grammy Awards with Rihanna, and in 2017, he released a single entitled Over that Rainbow in honor of his departed friend, Prince.  Later that year, he released a single with Snoop Dogg called One Night Stand.

Though Morris Day isn’t the most popular of musicians, he has managed to keep his career going through concert appearances, collaborations with other musicians, and some television and movie appearances.  Morris Day is currently touring with The Time and can be seen in concerts around the country.  In 2018, they are scheduled to play in Michigan, California, and New York

In addition, Morris Day and The Time can be booked for private events.  Current booking rates for Morris Day and the Time range from $40,000-$75,000, but can go higher, depending on the details of the request.

Morris Day has been careful with his real estate purchases, buying reasonable homes and not putting himself into debt by buying homes with excessively high property taxes.  Over the past twenty years, he has owned homes in Michigan, Georgia, and California.  (Source: Intelius People Search) His most recent home in Georgia appreciated over 30% in the years following the purchase, and the family made over $200,000 on the sale.  He also purchased a reasonable home in Georgia for his parents with his hard earned wealth. (Source: Fulton County Assessor’s Office)

Morris Day’s net worth is an estimated $3 million, mostly earned from his music in the 1980’s and 1990’s, but he continues to hustle, and seems to be enjoying his continuing career.