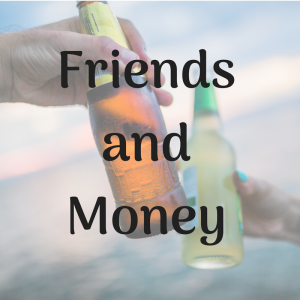 Last weekend, I took a trip with some friends.  We all drove ourselves and met up to stay at a condo resort.  I put the cost on my credit card, and everyone agreed to pay me.  We had all previously agreed on the cost of the room, so I wasn’t expecting any conflicts

But when it came time to split the expenses, it quickly became clear that we didn’t agree on how to split the bill.

The Confusion – How to Split?

The couple thought we would split by three, as they were a unit.

After taking a look at the situation, I decided to look at how the space was shared.  There were two rooms, each with a single bed and a bathroom.  The couple shared one room and one bathroom, the other person and I shared the second room and bathroom.  Essentially the space was split 50/50 with that space, so with my math, each “room” owed half of the payment.  That meant that each person paid 1/4 of the total amount.

However, if the condo had included three rooms, I would have split it differently.  Each room would have owed a total of 1/3.

Explaining this, everyone found it fair and there were no conflicts on how to split the room.

Even when you’re traveling with friends with whom you have split expenses before, always be sure that everyone agrees on how the space will be split, and there are certainly different ways to agree on splitting the cost.  It wouldn’t necessarily have been “wrong” to split the cost by three, and perhaps if the couple was struggling financially, we all would have agreed on a three way split.

But the key was that all four of us should have agreed first.

Recently, I shared a house with three other people, and while two of us had to share a room, everyone had their own bed, and we all agreed to pay an even share, regardless of who was sharing.  We had come to that agreement prior to the trip, which was the smart move.

Some people will tell you to never mix friendship and money.  And on some level, that is good advice, but I don’t know that it’s practical advice.  How often do you go out for dinner with friends or share lodging on a trip?  The lesson is to make sure that everyone is clear on the agreement and how the expenses will be allocated.

And if someone balks at paying their fair share?  Sounds like you shouldn’t be making any financial deals with them from now on.