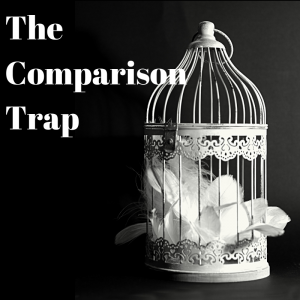 I have talked before about how I’m a hobby triathlete.  I occasionally do well in my races, but I’m far from professional and certainly unlikely to win any races.  I’m in a few different triathlon groups, both local organizations and online, and one thing that is very common to see is people sharing photos of the cool new gear they have bought, the great trips they are taking, and the destination races they are planning.

One of the first things I often hear from newbies is “Do I really need all of that stuff?”  Is a $3000 bike really better than a $500 bike?  Do I have to buy all of the expensive gear?

Clearly, the answer is no.  You don’t need any of that stuff.

But just because you don’t need something doesn’t mean that you don’t want it.

It’s very easy to look at someone else and be envious of their lifestyle.  It’s easy to look at someone and say “They have X.  I should also have X.” You see that people you’re hanging out with all have newer cars and you’re driving a reliable ten-year-old car.  And you think that maybe you should upgrade as well.  Your coworker is taking an amazing vacation.  You have similar salaries – you should also be able to take that amazing vacation, right?

Now if you look at your coworker’s trip and really think “Man, that looks like a great experience!  I should do that too,” then by all means, take a look at your finances and start putting money aside in a vacation fund.  But don’t just ditch your current savings goals, take money out of your savings account, and book a vacation.  Don’t let yourself get caught in the comparison trap.

Here’s another example, back to my triathlon groups.  I saved up for a nice bike.  My bike cost me about $1500.  It was a lot of money for me to save up, but it has been worth every penny.  To a non-cyclist, that sounds like a lot of money.  But if you’re a cyclist, you know that a $1500 bike isn’t that expensive in the whole scheme of things.  I have friends around me buying bikes for anywhere from $3000-$5000 and a few buying even more expensive equipment.  And let me tell you, those bikes are nice.  And I drool over them.

And I want one.

But a new bike is not among my current financial goals.  Sure, if I were to magically win the lottery (magically, since I don’t even play the lottery), a new bike would probably be on the list somewhere.  But right now, it’s not something I need.  I have a number of other financial goals and more importantly, I have a perfectly fine bike.  A new bike isn’t going to make me a better cyclist or triathlete – in fact there are plenty of people out there with much cheaper bikes who will beat me in every race.  And I’m the only one judging my bike in comparison to others.  No one else cares.  I don’t look at other bikes and say “Oh, mine’s better than that.”  I need to not let myself get caught in a comparison trap of my own making.