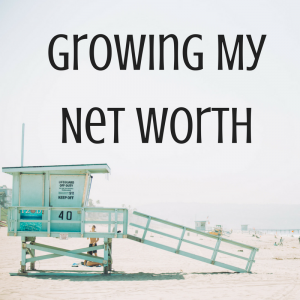 This year has been an expensive year for me – some things I planned for, other things fairly unexpected.

The big planned-for expense was a family trip to Europe. We’ve been planning and saving for this trip for over two years.  And it was worth every single penny.  Months later and I’m still talking about how amazing it was and how I want to go back.

The unexpected expenses were much less fun – surgery, a year of regular physical therapy, and a new air conditioner.  Thankfully on the medical side, I have fairly good insurance, so my out of pocket wasn’t too terrible, and I hit my deductible early in the year.  I never met my out of pocket max though, but I got pretty close.

In 2018, my net worth dropped by 5%.  This is not unexpected, but definitely not something I’m pleased by.

Of course, one of the reasons for this financial hit is the current stock market. I’ve got investments and retirement accounts, and those have dropped across the board, even though I have sunk quite a bit of money into my 401k this year.  I’m not worried about those numbers, however.  Investing is for the long term and though it might take time, the numbers will climb again.  I don’t plan to need any of that money anytime soon, so I’m just going to sit and let it grow.

In my net worth calculation, I only include two non-financial items – the value of my car and the value of my house.  I use Kelley Blue Book and Zillow, respectively, for those numbers, and while I know they’re not 100% accurate, it’s a good estimate for this calculation.  I use those numbers because I have a mortgage and a car loan calculated into my debts.

On the car loan side, that number’s looking pretty good.  I got a great rate, and I’ve been paying more than the minimum on the loan.  However, given the current state of the stock market, I may sell off some investments to get it paid off sooner rather than later.  Otherwise, I’ll have it paid off sometime next year.

The house estimate is only slightly higher than it was a year ago, which is reasonable for my neighborhood.  There are some public transit changes being made in the area, however, which should be good for property values in the next few years.

I’m still not happy with my cash accounts.  My expenses are higher than I would like them to be.  Yes, a big chunk of that is due to unexpected expenses, but I need to tighten the purse strings a bit.

I’m meeting with my financial planner later this month to discuss whether it’s worth selling off some investments to pay off my car loan.  I’m also working up a tighter budget for 2019 to try to reign in the spending.

Of course, you can’t ever predict the future, so it’s entirely possible something else will break (I suspect either dishwasher or washer and dryer are next on the list, but at least those are cheaper than an air conditioning unit), but at least I’ll be prepared.

I also need to continue my decluttering plans. I’ve sold off quite a few things over the past year, things that were just taking up space in my house.  I haven’t made a huge amount of money, but it’s been a relief to have a bit more space in the house and the extra funds are nice.

Do you have financial goals for 2019?