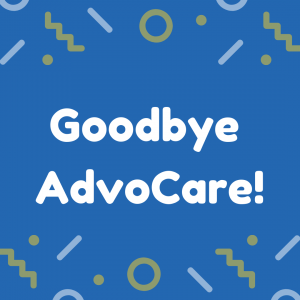 On May 17, AdvoCare, a well-known MLM (also known as a multi-level marketing company or pyramid scheme) announced that they were changing their business model.  After “confidential talks” with the Federal Trade Commission, they are changing how they compensate their distributors.  In other words, they were violating regulations, got caught, and were forced to ditch the illegal pyramid structure.

Is AdvoCare Going Out of Business?

No.  AdvoCare will still be around.  They are just going from a multi-level marketing business to a single-level marketing business, like most business models.  So if you like their products, you will still be able to buy them, either through a distributor or direct from AdvoCare.  I don’t personally have any experience with AdvoCare products, but as an MLM, I can all but guarantee that whatever they were selling was overpriced.  I’ll be interested to see what happens with the AdvoCare prices.

What Happens to AdvoCare Distributors?

AdvoCare distributors on the bottom of the pyramid, the ones who are only selling to customers and buying themselves, but not managing any distributors beneath them won’t be impacted by this change.  Distributors can still make money by selling directly to customers or signing up people for preferred customer programs.

However, distributors who are making real money through AdvoCare, the ones with downlines, or distributors working beneath them, will be seeing a huge change.  They will no longer be making money on the sales of others.

Naturally, there are a ton of AdvoCare distributors very upset by this.  And why wouldn’t they be?  Their paychecks will be significantly reduced.  And many of them have put a ton of work into building their downlines.  Many of them have already begun jumping ship to other MLMs, in order to get in and then rope in their former downlines so they can get that money coming in quickly.  To me, that says something about how those distributors truly felt about the products.

What does this mean for other MLMs?

This change doesn’t have a direct effect on any other MLMs.  It’s not a new law or a new ruling, just the end of an investigation and a required change to this one specific company.  However, it does show that the FTC is getting involved and forcing these companies to follow the rules.  Lawsuits have been filed against other MLMs, and I wouldn’t be surprised to see some of those going the same direction.

Personally, I think this is another reason people should be wary of getting into an MLM business.  Though it’s unlikely that someone joining an MLM will make money, clearly some people do.  But if you are one of those people who manages to build a huge downline, one required change from the FTC and suddenly your “business” can be wiped out and you’ve got nothing.

I would definitely be happy to see other MLMs make this sort of change.  I’ve heard rumors that people are seeing Beachbody making some behind-the-scenes changes that imply they may be doing something similar, and I wouldn’t be surprised if other MLMs are on the same path.