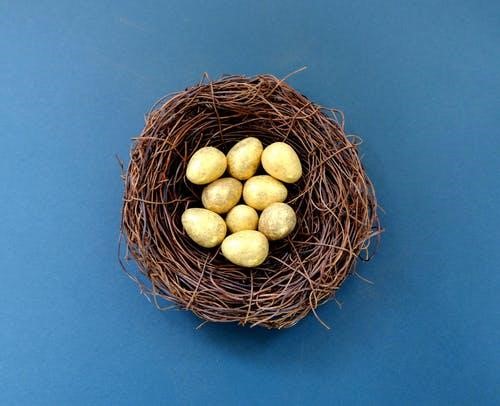 The barriers to purchasing gold and silver are relatively low. Gold and silver is considered by many as a great way to avoid losses from saving as more money is printed by central banks. The continued devaluation of currencies makes saving a less attractive option for many.

A Brief History of Gold

At the end of World War 2, the US Treasury had 20,000 tonnes of gold, far bigger than any other country’s treasury had. In 1944, the US agreed at the Brenton Woods agreement that the US dollar would become as valuable as gold. They aimed to make sure every dollar would be backed by 20% gold. Later on, this goal was discarded. This marked the beginning of the devaluation of gold’s value.

Why We Love Gold

Gold has always had value because of different factors including its rarity and properties. Unlike many other metals, gold does not corrode which makes it a sustainable store of value. It can be melted over a flame to make products. Its unique color combined with the limited amount of gold available in the world means that not everyone can make it. It is for these reasons that gold has served as a great hedge against inflation risk over the years. Retirement Living Review shows just how seamless the process of investing in gold can be.

A Brief History of Silver

For thousands of years, silver has served as currency for different civilizations. Interestingly, ancient Egyptians in 2686 – 2181 BC valued silver more than gold. Athens maintained a silver deposit. The US based the value of its currency on silver while in its infancy. One US dollar was equal to 24.056 grams of silver.

Why We Love Silver

Silver has several attributes that make it so attractive. Firstly, it is malleable. Its hardness scale is very similar to that of the average fingernail which means that it can be manipulated for the purpose of making new products. Its resistance to corrosion also makes it great for making products as it does not wear out as easily as other metals in different environments.

The rarity of silver is such that all (1,464,700 tons) the silver ever mined in history would fit in a 52 meter cube. While silver is not as rare as gold, history shows that this has proved to be an advantage in some ways rather than a disadvantage. Gold was too valuable for everyday transactions, unlike silver which could be used for smaller denominations. For this reason, silver is the most widely used material for coinage in history.