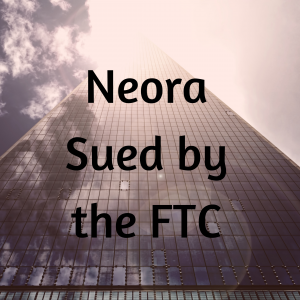 I have spent a lot of time writing about MLMs, multi-level marketing companies, often called pyramid schemes.  While all of these companies have an element of making money both through the sales of product and the recruiting of new members, the worst of the worst require their distributors to buy a set amount of product from them in order to be eligible for their paychecks.  And those paychecks are based on both the amount of product you sell, but also the amount of product sold by every person you bring into the company below you.  Naturally, everyone is encouraging their “downline” to bring in more people and sell more product, because that’s how they all make money.

Of course, while a very few do get rich from these schemes, the vast majority of people end up losing money.  The lucky break even.  Many people end up in debt with cases of product they can’t get rid of.

Recently, I wrote about how the FTC forced Advocare to change their business model.  They remain in business, but instead of people getting paid based both their sales and the sales of their downlines, they only make a commission on their own sale.  They went from a multi-level marketing company to a single-level marketing company.

They aren’t the first to feel the wrath of the FTC and they certainly won’t be the last.

Neora isn’t one of the MLMs I’m familiar with.  That just means it hasn’t hit my friend group yet – I see MLM facebook posts from people in my life every single day.

Neora, formerly known as Nerium, is a skincare line, selling anti-aging creams, serums, and supplements.  People make money based on their sales as well as through recruiting other members.  And of course, like the worst MLMs, to make money in Neora, distributors had to subscribe to a monthly auto-shipment of product to resell, much more product than they could actually sell in a month.  Naturally, most people lost money on this.

Okay, but that’s all MLMs – What did Neora do?

The accusation about Neora is that they are an illegal pyramid scheme because people made more money through recruiting others than through their actual sales.  This is one of the hallmarks of a pyramid scheme.  Additionally, the company allegedly lied about how much money people could make through selling Neora.

Is there more to the lawsuit?

So what’s next for Neora?

The lawsuit was just filed on Friday, and Neora has publicly responded that they are not a pyramid scheme and the claims about EHT were made by a business they partner with.  Seems a pretty weak argument, but we will see how the case proceeds.  Either way, watch for news about Neora and be prepared to see them take similar actions to AdvoCare.

I’m personally very pleased to see the FTC going after these awful companies and hope the trend continues.  MLMs are predatory businesses, causing many people to hold out hope of wealth and instead ending up in debt.