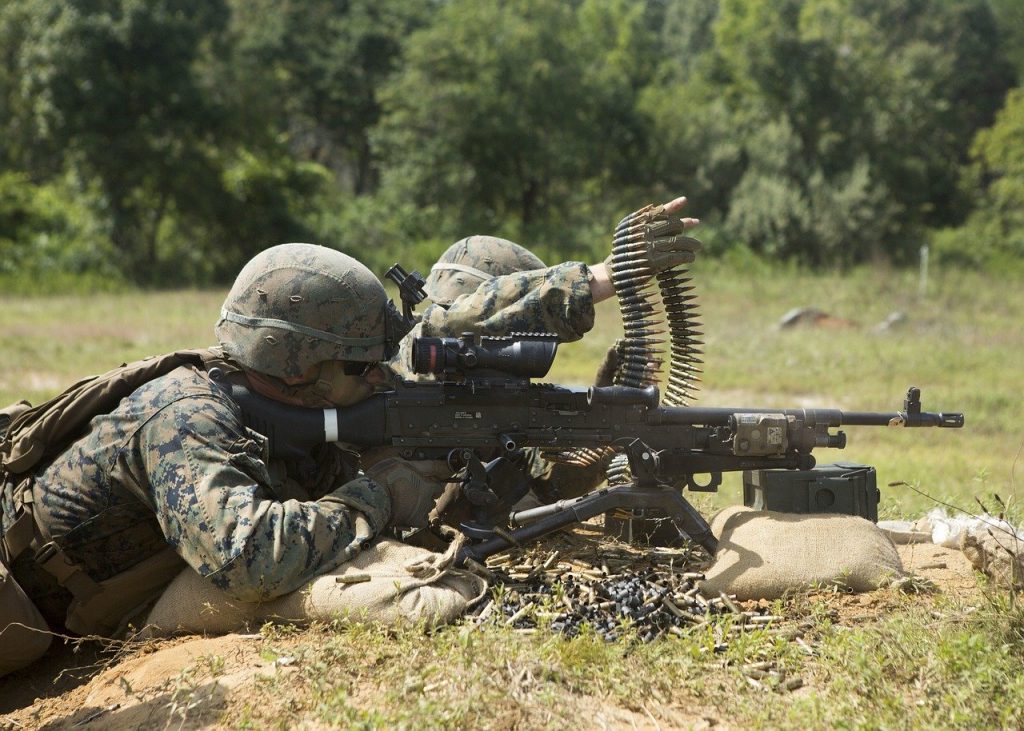 Should you join the military to pay for college? Many are tempted, especially in the wake of the passage of the Forever GI Bill. At the time of this writing, that modification to the military’s education benefits means more education options for the service member.

They include the ability to transfer GI Bill benefits to a qualifying spouse or child, and the housing allowance paid to those who attend in-person classes (or a reduced stipend for online courses).

What follows is NOT an encouragement to join or avoid joining the United States Army, Navy, Air Force, Coast Guard, or Marine Corps.

What IS intended? That you make the most informed decision possible. Should you decide to join not to join for the purpose of getting higher education paid for via the GI Bill?

Not All Military Service Counts The Same For GI Bill Benefits

Before making a decision about joining the military for education benefits, you need to know the requirements for becoming eligible for the GI Bill. And those benefits are NOT earned the same across the Guard, Reserve, and active duty.

GI Bill benefits are also not necessarily paid the same. Active duty troops get a better deal with the GI Bill due to their increased commitment. That is not an idea that is specifically codified in the rules. But it’s easy to see that the maximum benefits are earned through active service.

Each type of service is different in some way. You will not find GI Bill variations among the services–the active duty Army, active duty Navy, etc. have identical GI Bill eligibility rules. The Air National Guard and/or Air Force Reserve, for example, have requirements different than active duty but not different between the Guard and Reserve.

The Department of Veterans Affairs official site states that you must serve at least 90 days of “aggregate active duty service”. This applies to all new recruits who joined after Sept. 10, 2001 and are still on active duty.

GI Bill benefits are also offered to service members who are honorably discharged; those who were discharged with a service-connected disability after 30 days “may be eligible” according to the VA.

Furthermore, Purple Heart recipients are qualified no matter the length of their military service. The VA also welcomes “certain members of the Reserves who lost education benefits” when certain reserve college education benefit programs were altered in 2015.

Active Duty GI Bill benefits aren’t the same as Guard and Reserve benefits, right down to the name of the programs. Service members have in the past been offered The Montgomery GI Bill Selected Reserve (MGIB-SR), and certain types of Guard and Reserve service can qualify you for the Post 9/11 GI Bill.

Members of the Army, Navy, Air Force, Marine Corps or Coast Guard Reserve, Army National Guard, or Air National Guard may qualify for MGIB-SR GI Bill benefits for college. They must meet at least one of the following requirements:

Service obligations must begin after June 30, 1985. Some with certain kinds of Guard or Reserve training after September 30, 1990 may also be eligible. However, those are NOT the only requirements. You must also meet all of the following:

Some may still be eligible to apply for GI Bill benefits if discharged from Selected Reserve service for a disability not caused by misconduct.

Active duty service is the most beneficial for college benefits. Joining the Guard or Reserve means getting a smaller benefit amount. Unless, that is, unless your service qualifies you to apply for programs such as the Post 9/11 GI Bill. Or the Forever GI Bill for certain qualifying Reserve members (who lost benefits when certain education programs were shut down earlier in the decade.)

If you are talking to a military recruiter, ask to see a breakdown or comparison of education benefits based on your status as an active duty recruit, guard, or reservist. Pay rates are subject to change for a variety of reasons, so it will be helpful to know what the most current GI Bill benefit rates are for active duty, Guard, and Reserve when you visit the recruiter.