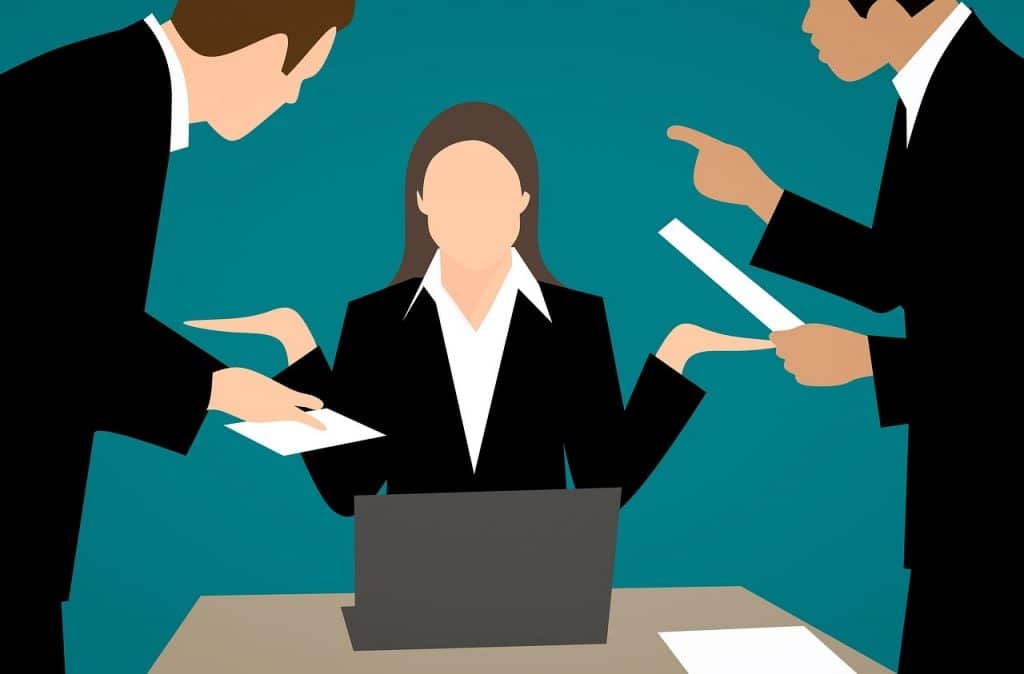 According to the LuLaRoe official site, Mark and DeAnne Stidham founded the company in 2013, “with a dream to teach and share their entrepreneurial business success”.

The company got popular with consumers and consultants alike, but over time, the company has fielded its’ share of LuLaRoe complaints. LuLaRoe has received a variety of them in 2019. Complaints about the company’s business model, transparency with its’ consultants, privacy, inflated prices, and other issues.

What are the most common complaints made about LuLaRoe? Before launching into that, it’s important to remember that what follows is not a critique of LuLaRoe itself, but an examination of the complaints lodged against the company.

One LuLaRoe complaint filed in 2019 on the publicly-viewable comments section of the Better Business Bureau website was about what was described as poor quality merchandise; dresses falling apart, and/or similar issues. Returns and return policies governing such merchandise (and unused LuLaRoe stock) were also a source of contention in 2019.

One consumer tried to return merchandise only to be shuffled across a variety of departments over the phone, each time being told the return wasn’t received. This particular customer complaint, dated 3/30/2019, included the following:

“After numerous inquiries as (sic) to status of my $7,468.41, I was told they couldn’t provide a time of when I could expect the refund. Finally on April 8th 2019 (sic) I received confirmation my check was in the mail and that I would receive confirmation. On April 15th, 2019 I finally received the check (never sent a confirmation) and the check was not signed.”

LuLaRoe responded to this complaint with a comment stating essentially, “The check is in the mail” but no additional information was available at press time.

One area LuLaRoe gets frequent complaints about, especially on job review sites like Glassdoor.com, involves allegations of unethical management, favoritism, and accusations that LuLaRoe products that are increasingly hard to sell.

To be fair, many of the complaints you might read specifically on Glassdoor.com have come from direct hires of the company rather than the resellers themselves, but the substance of such complaints may be worth noting in the minds of some consumers and would-be resellers. Here is one comment from a former LuLaRoe operations manager posted in October 2019:

“Unethical management practices, blatant favoritism and nepotism. Toxic workplace” Another commenter adds, “Too much work for not enough payoff. Many frustrating circumstances arise daily, mostly due to Lularoe management. I believe they are trying to improve, but they have a long way to go.”

As with all other allegations listed in this article, “innocent until proven guilty” is the guiding principle, but so is the old Latin phrase, “caveat emptor”, or, “Let the buyer beware”.

LuLaRoe has no way to answer or refute comments like these on Glassdoor.com, and in the interest of fairness that should be considered a factor when reading the comments section.

But some feel there are too many comments/complaints in this area to ignore when considering signing on as a reseller/consultant.

Search the web and you’ll discover that a big complaint about the LuLaRoe business model involves merchandise that isn’t in demand either due to low quality, oversaturated LuLaRoe markets, or both.

One website, Vox.com, published a report critical of LuLaRoe’s business practices including requiring a high initial order of merchandise for resellers to stock (approximately $5 thousand to start, according to the Vox.com report) with monthly restocking or additional purchases also required.

“Consultants have to sell these items but must also buy additional monthly items in order to be eligible for potential bonuses” according to Vox. But the problem seems to be associated with the actual size of such bonuses as well as with LuLaRoe’s recruiting approach, which many reports claim does not take into account how many other resellers there may be, nor how oversaturated a given market is.

Not all markets are the same, and some LuLaRoe resellers will have better luck than others, but the complaint (if valid) is one not to be taken lightly by potential new vendors.

It is not the purpose of this article to encourage or dissuade consumers to consider buying LuLaRoe or becoming a reseller/consultant for the company. It IS important to make a fully informed decision about your involvement in the company, and reading the praises as well as the complaints about LuLaRoe is an important part of doing that.