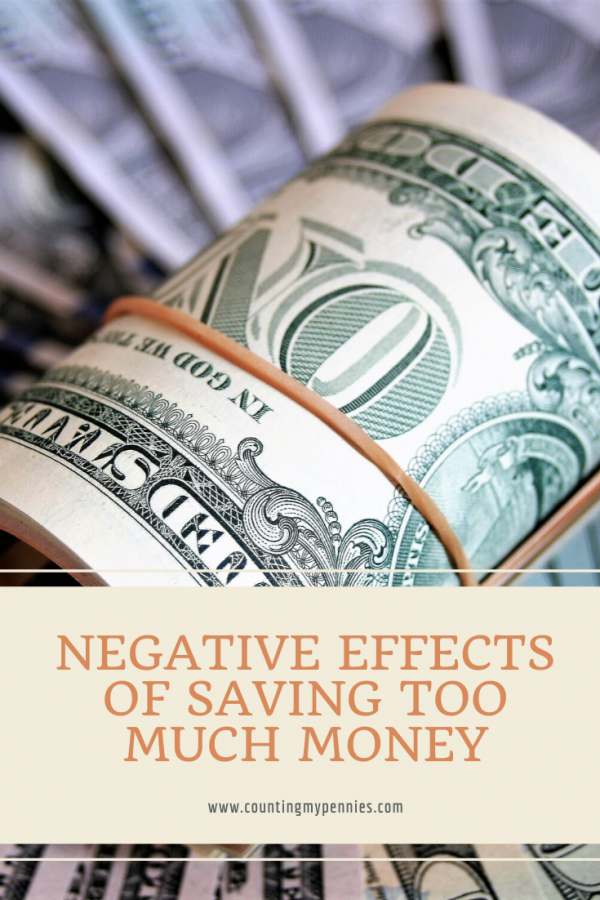 It might seem like a crazy question – are there negative effects of saving too much money?  Can you actually save too much money?  And the answer is yes, you can, but it depends on how you are saving that money.

Saving Too Much Money For Retirement

One option is always to talk with a professional to help you out, but you can also use some online calculators.  But what are the negative effects of saving too much for retirement?

The big negative effect is that by putting money away for retirement, you can’t access it now.  Part of the benefit of retirement accounts is that for the most part, you can’t access them until later.  You put away money and let it grow.  But what about using that money now?  I’ve heard from many people who are taking on additional debt in favor of funding their retirement, because according to the math, they’ll come out ahead in the long run.  But the debt is a big source of stress for them now.  And I have to ask, is it worth it?  Could they be saving slightly less and live a more comfortable life now?

Another negative effect of saving too much money for retirement is that you might not get to use it.  Sure, we all hope that we’re going to live well into our 90’s.  In my case, that’s a distinct possibility based on the age of many family members, but I have also lost family members in their 50’s.   I’m not saying that you should live like you won’t make it to retirement age, but you also don’t want to be sacrificing and saving your entire life and then not be able to use the money.  You definitely don’t want to have deathbed regrets about the grand vacation you could have taken, but decided to save instead.

Saving Too Much Money for “Something”

And of course, that is true.  It’s good to have a savings fund.  But you should think about why you have it.  Yes, an emergency fund is for emergencies.  And maybe you’re looking to fund a down payment or do improvements in your home.  But what effect is all of that savings having on you now?

Saving too much money can have a detrimental effect on your relationships.  If you’re always the guy who says “I can’t go, I can’t afford it,” or worse, you’re a penny pincher who brings the cheapest thing to every potluck, the invites from your friends are going to stop coming.  Obviously, you don’t want to go the other way and throw money around like confetti, but there is a happy medium.

(And of course, please note that I’m referring to saving too much money, not working to pay off debts.  You still shouldn’t be the cheapskate among your friends, but there is a noted difference between paying down debts and socking away every nickel and dime just because you can and your friends will notice this difference.)

So What Should You Do?

Savings, like everything else, is a balance.  You want to save for the future, but you also want to be able to enjoy your life now.  You don’t want to lean too heavily on either side of that equation.  Of course, it’s all about what makes you feel comfortable.  If you’re more comfortable saving a bit more and taking a vacation every other year instead of every year, that’s fine. Or maybe one of the big pain points in your relationship is house cleaning so you choose to hire a cleaning service to come in twice a month.  It’s all about figuring out the balance, making sure you have what you need for your future while still working to not save too much to the detriment of the now. 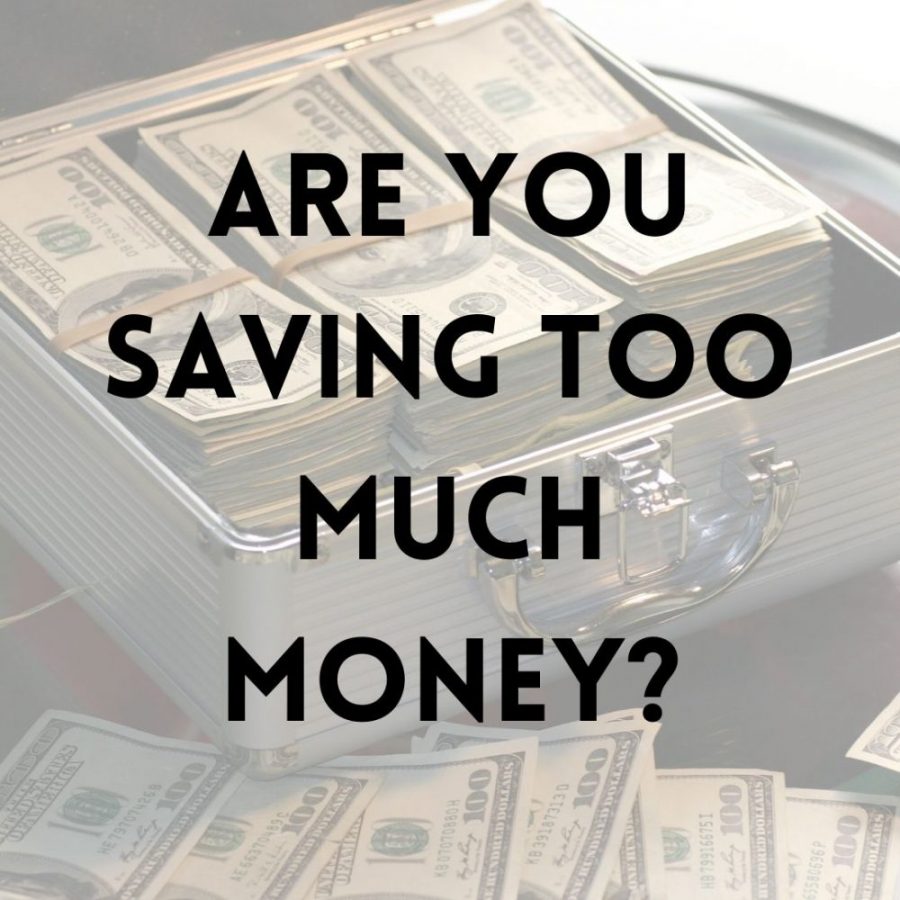