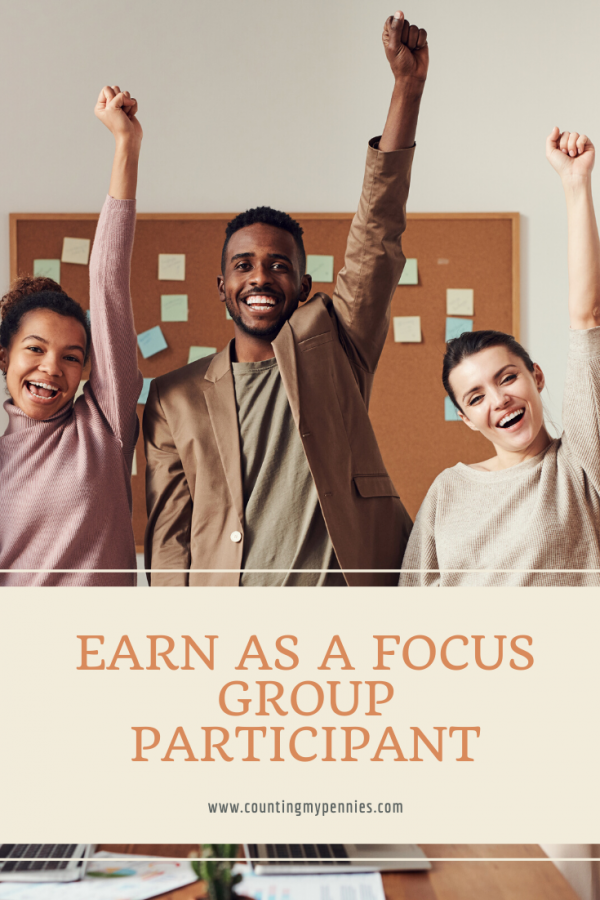 Are you interested in learning how to earn as a focus group participant? If you are new to looking for a side hustle, or if you are looking for ways to supplement your income in ways you haven’t tried yet, participating in focus groups can be lucrative, though the going wisdom is that you will not be able to earn a living exclusively as a full-time focus group respondent. That said, some find the money to be well worth the effort.

What do you need to know about participating in focus groups?

Paid surveys, often delivered online, are one type of gig you’ll encounter when looking for focus group side hustle options. These surveys are adjacent to focus groups, often featuring lower pay, but can act as a gateway to better paying work (see below).

Paid surveys often don’t involve the same kinds of in-person or live-via-internet interactions as actual focus groups, which may actually be a perk for those who need to get comfortable with the idea of talking to strangers in public or via chat or video chat.

Not All Focus Groups Are Created Equal

Some focus groups offer low pay; the money is easy and not difficult to qualify for in many cases. But those dedicated to earning money in this way soon tire of the low-paying options offered and start aiming for $100+ options.

Some focus group companies have a reputation for lower-paying surveys or groups while offering larger paying options to those who qualify. One such company is Survey Junkie, which offers a points system that allows you to earn gift cards or Paypal cash transfers. Some of their projects earn up to five dollars an hour, which isn’t much, but there are options to “level up” to become a candidate for actual focus groups.

Other companies focus heavily on focus groups rather than survey taking, or incorporate one into the other. Focus groups often don’t simply put out calls for people to come participate (see below) and that fact is a major bonus for those who want to get up to speed in a hurry when it comes to finding such projects and participating in the groups.

Knowing where to look for these side hustles is often half the battle. And there are companies that have done most of your work for you in the form of focus group aggregator websites, which feature collections of the latest gigs and the means to apply for them. One such company is FocusGroups.org, which has hundreds of listings.

You sign up for the website and get access to the listings once your membership has been approved. Every one of these aggregators is different, some subscribe to multiple sites, and the levels of pay will vary. The most important thing to do when reviewing these sites is to carefully read all fine print, do some basic vetting and research on the company to make sure it has a good reputation in the focus group community (there is one!) and avoid things that look like scams.

Tips For Earning As A Focus Group Participant