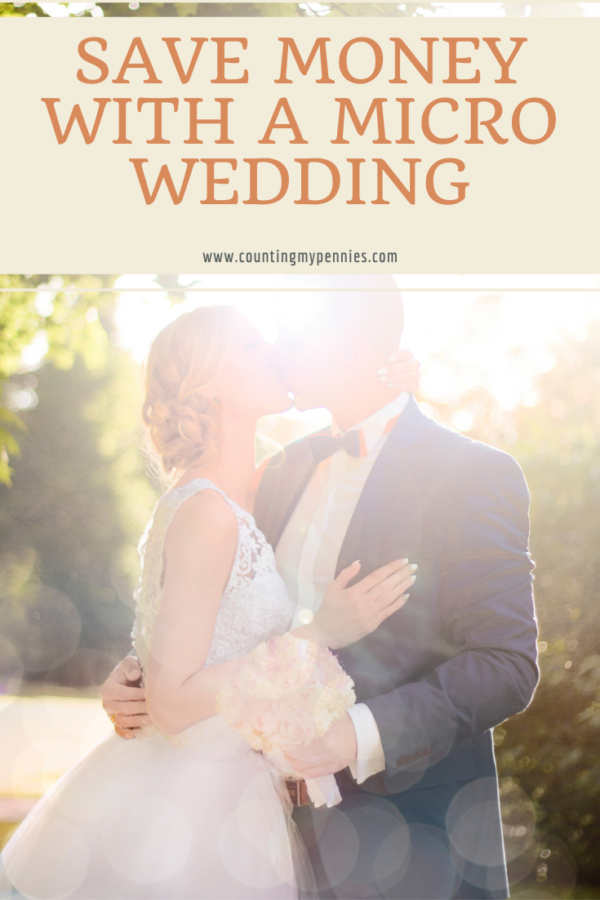 What is a Micro Wedding?

A micro wedding is considered any wedding with fewer than 50 guests.  (I’ll be honest, 50 guests still feels like a lot.)  You can still have all of the trappings of a large wedding, but with a much smaller guest count.  Or you can go as minimal as you want.

The average wedding costs around $30,000 and has around 150 guests.  I know of at least one friend who had a wedding that topped $100,000.  While my position has always been “If you can afford it, who am I to judge,” I’m definitely a proponent of the micro wedding.

And of course, there’s the traditional elopement, where you go off and get married, maybe inviting others, maybe not.  I would argue that all of these (except for the sequel wedding) qualify as a micro wedding.

Why Have a Micro Wedding?

I’ve seen a lot of comments online that view micro weddings as a lesser option when compared to a small wedding.  And for some brides and grooms, that might be true.  They might dream of that larger wedding.  But there are a lot of great reasons to have a micro wedding.

Not everyone wants to have a large wedding where they are the center of attention.  For many people, that is incredibly nerve-wracking and leads to a lot of nervousness about the wedding day.  Some people find a lot of joy in that kind of situation, but it just isn’t for everyone.

Maybe for whatever reason, you need to plan a wedding more quickly.  Micro weddings can be planned much faster than large events.  Depending on how quickly you can get a marriage license, you can pull together a micro wedding in just a few days.

And of course, you can absolutely save money with a micro wedding.  Renting out a large venue and paying for meals and drinks for a large group of people is expensive!  A micro wedding can cost as much or as little as you want.  Depending on the rules of your jurisdiction, you may be able to spend as little as the cost of the marriage license (some places require officiants who are licensed with the state, which may involve an additional fee).

Is it Worth the Money You Save?

My husband and I paid under $4000 for our micro wedding for under 15 guests, and we felt like we went all out.  (We also live in a very expensive part of the country, and I know we could have done this for much less in my hometown.) We splurged on a package that included location, officiant, photography and all of the filing with the courthouse.  We got a cake and budgeted to take our families out to dinner.  And of course, I got a new dress.  These were the pieces that were important to us.

A friend of mine had a micro wedding with around 50 people at a local restaurant, where they took a few minutes to say vows, then everyone had dinner.  It was exactly what they wanted.  Another friend threw a party at her house and got married in the living room, surrounded by friends and family.

Micro weddings are much easier to plan, and I can’t say I missed any of that stress.  But I had no desire to pick out centerpieces or song lists or menus.  (I joke that I did miss cake tasting, but it turns out that since most bakeries charge a fee for that, we can totally go cake tasting and then get ourselves a great anniversary/birthday/weekend cake.)  I also enjoyed not stressing out about the budget or the seating arrangement or worrying if two family members would get into a fight.

Each of the micro weddings I discussed above looked very different, but each couple was delighted with their decision.  The important part was getting married.  That’s not to say that a micro wedding is better than a large wedding.  Each couple needs to make the decision about what is right for them.  But if you’re looking to get married but concerned about the budget, it’s definitely worth considering how to save money with a micro wedding.

And the most important part – at my micro wedding, I got married to my wonderful husband.  It was a perfect moment, and that’s what the day should be about, no matter the wedding size.