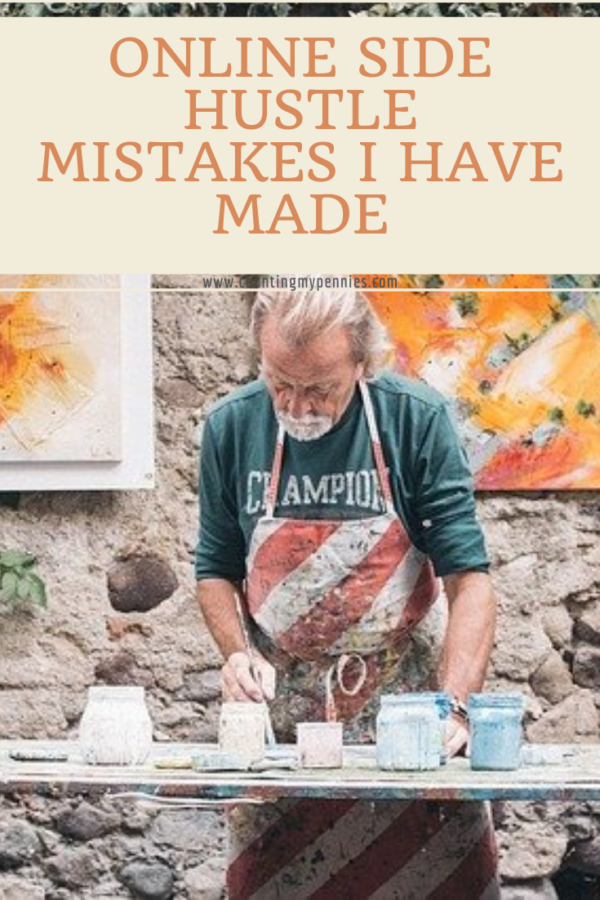 I have made plenty of mistakes working side hustles, and it never hurts to pay things forward and help others avoid the pitfalls I’ve fallen into. Have you or someone you know made these mistakes? Or getting ready to walk into one? Here is some advice that can help you sidestep some of the pitfalls of the online side hustle.

Some people start working online and pursuing alternative cash streams because they secretly (or not-so-secretly) would rather be doing something else than their main gig. If you don’t belong to the gig economy, but envy the lifestyle (even if the financial security is sometimes lacking) the side hustle is a good way to determine whether you are actually angling for a career change or resume booster.

The mistake I made early in my side-hustle and freelance career was not giving enough thought to that as a concept and ignoring the growing desire to make my side gig my regular income. Let yourself think about that long and intensely–you’ll be glad you did.

Don’t Be Too Nice

When you are establishing yourself in a new type of work or branching out into side-hustle opportunities, it’s easy to write off common business problems such as a late-paying or non-paying client. After all, you have a solid and dependable income, right? Why not just let that problematic payment collection effort go?

That is a serious mistake–you don’t have to be a jerk about collecting what you are owed, but it’s never good business to allow someone to weasel out of paying what they owe you for services rendered. One reason for this is that if you do it once, you’ll be dealing with those problems repeatedly.

One serious mistake I made was trusting a client with ever-increasing late payments, and letting them know I “didn’t mind because I knew they were good for it eventually”. That was true, but it set the tone for how that client would pay me ever after. Don’t do this, it’s not worth it and winds up breeding resentment and damaging the business relationship. That business relationship has long since ended for me, but it’s something I’ve never forgotten.

This is another area I had to learn about the hard way. Just because you find that some work comes easy to you after years of experience doesn’t mean you should charge less just because you can do that work competently and faster than others.

Your years of hard work have made you as efficient or as skilled as you are–this is worth money that should not be charged on an hourly basis (unless the rate you set manages to pay you what you are worth) without consideration for how much slower than same work would get done in less skilled hands.

Don’t set an hourly rate or ANY other kind of rate without not only evaluating your own abilities and how much work it takes to maintain them but also consider the value-added–if your work in your side hustle adds lasting value to your client beyond what you are paid on an hourly or per-project basis, you should revise your fees to reflect that value in some way.