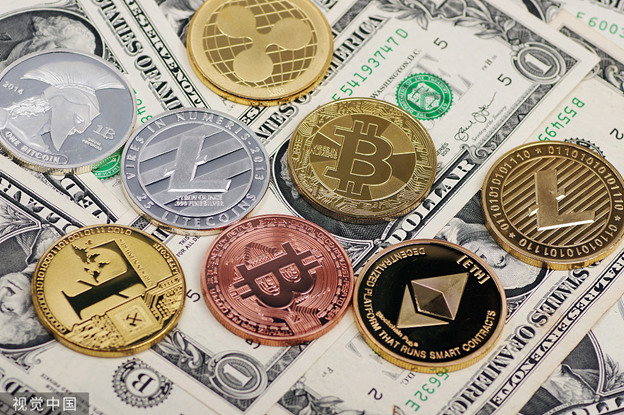 Many ask, is cryptocurrency a good investment? Like any other financial vehicle, there is no overarching answer that will encompass all the choices in the marketplace. However, digital currency is definitely not a fad, as it is continually gaining mainstream acceptance both for online merchants, sportsbooks, restaurants and even professional sports teams are considering taking crypto.

That is the first hurdle to climb in choosing any investment to add to your portfolio. If it is only a fleeting fancy then it will be obsolete sooner than later and will ultimately have little to no value. This is not the case with cryptocurrency in general but now we must hone in on which of the cryptos is the most likely to grow and gain value.

There are approximately 2000 digital currencies in the marketplace and not all are created equal. Bitcoin is the oldest, most popular, and most expensive of all the cryptos and, as of this writing, it is valued at $11,700 per coin. Not a bad ROI if you purchased it at its inception back in 2010 when each coin was valued at about 12 cents.

Like all investments Bitcoin has had its ups and downs, yet, its meteoric rise has traditional investment houses rethinking their collective aversion to this new age currency. Paul Tudor Jones, the hedge fund billionaire of Tudor Investment Corporation, stated, “(I have) just over 1% of my assets in bitcoin. … Every day that goes by that bitcoin survives, the trust in it will go up.”

Tudor’s public proclamation of bitcoin being part of his investment portfolio gives enormous street cred to the digital currency giant and it’s a vicarious endorsement to cryptocurrency as a whole. Getting the old guard investment houses to consider crypto as part of their portfolios is the validation needed to send digital currency through the roof.

“Institutional investors are the white whales of cryptocurrency,” wrote Ryan Watkins, an analyst at bitcoin and crypto research firm Messari, “depending on your assumptions, an aggregate 1% institutional allocation to bitcoin can easily bring bitcoin’s market cap above $1 trillion. Ever so elusive, institutional investment in cryptocurrency has long been considered the most significant barrier between bitcoin and a multi-trillion-dollar market capitalization.”

Mike Alfred, co-founder, and CEO of Digital Assets Data shares his belief that bitcoin is the most important and misunderstood asset of our lifetime. He stated that every investor should own up to 5 percent of this asset class. David Tawil, president of Maglan Capital, also recommends investors include between 2 and 3 percent of their portfolio in cryptocurrency.

And let’s not forget that other cryptocurrencies are forging ahead and recently six blockchain companies received over $1 billion worth of funding. Coinbase, Ripple, MakerDAO, Axoni, Chainalysis, and Everledger were the recipients of that billion-dollar payday and will use the money to evolve and grow in this ever increasingly competitive marketplace.

Bitcoin, Ethereum, Ripple, Litecoin, and Tether are the heavy hitters of the crypto industry but there are many, many more all vying for adoption and acceptance as a viable investment added to your portfolio.

What is even more heartening for those who have invested, or are thinking of investing in bitcoin or one of the other digital currencies, is its performance during the global pandemic. Bitcoin has not only weathered the initial storm but has come out shining.

BlockFi CEO, Zac Prince, stated, “Bitcoin has already bounced back from its losses stemming from a pandemic market reaction. It’s increasingly being seen as a safe haven investment to diversify portfolios and as more people see the value, on top of ongoing peripheral retail pressure, we believe we will see the price rise steadily, and at times rapidly, over the next few years.”

Price is far from alone in his bullish view on bitcoin as we see by Antoni Trenchev’s comments, managing director of crypto-lender Nexo, “Critics can disparage Bitcoin as much as they like, but it’s by far the best performing asset of the past decade. We’re bullish about its future.”

There are no sure things in life but all signs are pointing to digital currency being a much more widely accepted model of currency and thereby, an opportunity to use it as an investment. Should you unload all of your money in crypto? Of course not, just as you wouldn’t use every nickel to buy a particular stock. However, it’s a solid piece of a portfolio, and allocating your money to buying several different cryptos versus only one is an even safer choice.

Digital currency appears to be here to stay and the more mainstream acceptance it generates, the greater its anticipated value.