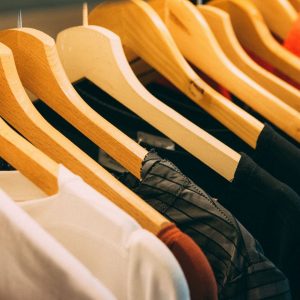 For a lot of people right now, finances are getting tight.  You may not be working your normal hours, or you may just be worried about your finances as the holiday season approaches and you’re looking to make a bit of extra money.  One way some people try to make extra money is by signing up with direct sales companies to sell clothing and accessories.  Who doesn’t want to look good, right?  We all know the popular ones, but let’s look into the lesser known ones?

What are Direct Sales Companies?

A Direct Sales Company, also frequently known as a pyramid scheme or a multi-level marketing company (MLM), is a company where each retailer has two goals.  First, you are selling the product to your customers.  Second, you are trying to build up your downline by signing up other people to sell.  Part of your income will be based on everything that they sell, so it benefits you to bring in as many new retailers as possible.

Historically, direct sales happened at in-home parties (such as Tupperware parties), but nowadays, a lot of these sales happen from the home.

What are some alternatives to LuLaRoe and Thirty-One?

Two of the big clothing and accessory companies that you hear of right now are LuLaRoe and Thirty-One bags.  But it seems like everytime you turn the corner, you find out another one of your friends is selling for one of these direct sales companies.  What are some lesser known companies you can sell with?

J. Hilburn is a menswear company where you buy your clothing from stylists.  This is definitely an alternative to the traditional Direct Sales company, as those are usually women’s or children’s clothing.  They claim to have made to measure shirts, polos, and suits and even have a luxury car program for their stylists.

Matilda Jane Clothing sells clothing for kids and women, as well as some home accessories. Their items come in a lot of great colors and patterns, and I have to admit, some of the kids wear is super cute.  Matilda Jane calls their retailers “trunk keepers,” meaning that like with LuLaRoe, a new stylist has to buy a large amount of inventory to sell.  According to their website, the cost to buy-in is $1600. That is not a small amount of money.

Etcetera is an upscale women’s clothing line, again sold entirely by stylists who can meet you in person or online and help you build your wardrobe.  They do offer two different ways of selling – as a Trunk Show Stylists or a Digital Stylist.  The website isn’t clear, but I surmise that the Digital Stylists likely have a lower buy-in cost, though I have to wonder if their payouts are smaller too.

Cabi is a women’s clothing and accessory line, where women can sign up to sell in person and through online shows.  While I couldn’t confirm through their website, I found one former stylist who indicated that the initial buy-in was over $2500, which is not chump change for sure.

Sseko Designs sells mostly leather goods (bags and shoes), along with some clothing and jewelry.  They market themselves differently, because they claim to be providing employment and education to women in Uganda.  In fact, they didn’t even start out as a Direct Sales company but added that option in the past few years.  They go so far as to claim that they are not an MLM.  However, one of the big things they’re pushing is their culture and community.  As soon as you start to get that cult-like vibe?  MLM.

Should I Sign Up With One of These Direct Sales Companies?

No!  Absolutely not.  If you’re new to this blog, please go read some of my posts about MLM companies and how it’s nearly impossible to make money, and most of the people who sign up end up losing money.  These companies prey on people who are looking to make money and manage to convince sellers to spend more money when they realize they’re not making money.  People end up thousands of dollars in debt.

I definitely recommend watching this VICE video on LuLaRoe and how women who were initially insanely successful ultimately ended up in debt, to the point where one women even lost her home.  The only people who get rich on MLMs are at the very top – and even if you’re just signing up to get a discount and a little bit of spending money, be prepared to come out in the red.