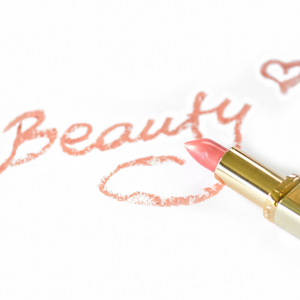 If you’ve been on Facebook or Instagram anytime in the past few years, you’ve probably come across someone selling LipSense, a lip color that claims to not budge all day.  Rather than being sold in stores, this can only be purchased through independent distributors.  Can you make money selling LipSense?

LipSense is the top product sold by SeneGence, a company founded by a former high-level Mary Kay distributor.  The color is said to be waterproof and smudge proof and lasts between 4 and 18 hours.  (To be honest, that doesn’t seem like that great of a guarantee.  Four hours?  I have regular non-long wear lip color that lasts that long.)  The color apparently has such staying power that the company also sells a color removal product, in case you get it somewhere you don’t want.    SeneGence also sells other makeup and skincare, but it’s LipSense that gets them the attention.

A single tube of LipSense costs $25, which is on the higher end for a lip product, in my opinion, and to wear it properly, you should also get their gloss, for another $20.

The reviews I’ve seen from non-distributors aren’t great.  It’s apparently sticky to put on, and if you’re not careful, you can end up removing it by trying to get on a second layer (you apparently need up to three).  And without the gloss, there isn’t as much staying power.  That said, if you can figure out the application process, it lasts.

How do sales work?

To sign up, you start by getting a New Distributor kit, currently selling for $65.  From what I can tell, it includes samples, but no full size products.  It does come with quite a bit of information about the products and how to sell.  Then you are encouraged to buy a demo kit. The one advertised on their website costs $295, and based on the description, I don’t believe it comes with any full sized products either – just a bunch of testers allegedly worth $1000.

From my research, it looks like if you spend $300 a month, you can get your product at 50% off – lower sales means a lower discount.  And of course, you also get paid for anyone who purchases through your SeneGence website (which costs $300 a year according to one site I saw), and you also make money through anyone who signs up below you.  Build your down line, and you can make more money.  And your down lines also need to be selling/spending at least $300 a month.  Sounds like a pyramid scheme to me.

From all of the reviews I’ve read online, most people regret signing up to sell LipSense.  In order to stay active and be eligible for discounts and payouts, they end up spending much more money than they want. The lucky ones are able to break even.  Most people end up with a huge stock of product that they’re unable to sell.  If you look around, you’re likely to find former distributors on Facebook selling off their stock.  When you spend $300, at 50% off, that means you have $600 worth of stock to sell.  But each tube of LipSense costs $25.  That means you have to sell 24 tubes every month.  While 24 tubes doesn’t sound like that much, how many tubes of lip product do most people buy in a month?  You’ll need quite a few people to buy from you to sell your stock.