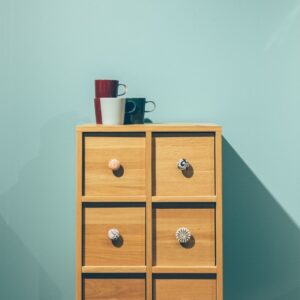 When you buy a house or rent a new place, there are a lot of expenses you think about – deposits, repairs, moving costs, etc.  But you often don’t think about one of the most important things in your home – the furniture.  Furniture can be very expensive, and rent to own can be even more expensive.  But did you know you can actually get furniture for free?  Here are some of the best places for finding free furniture.

Facebook Marketplace can be a wonderful source of free furniture. Plenty of people have items they’re giving away if you’re willing to come get them. I’ve found that the more difficult the item is to carry, the more likely someone is to be giving it away for free.  I’ve even seen free pianos, because transporting a piano is quite a bit of work.

A lot of localities also have “Free Stuff” Facebook groups.  A very popular type of group in my area are called “Buy Nothing” groups.  These are very local and often only allow you to be part of a single group of that type, but it’s a great way to find things that people are just giving away.  I glanced at mine while writing this post and found a number of free furniture posts, including some really cool-looking kids furniture that has recently been outgrown.

While mailing lists seem very old-school, a lot of neighborhoods still keep up this type of email list, frequently because it’s what residents are comfortable with.  Not everyone wants to use Facebook, so mailing lists can be a very popular place for communication.  People are frequently getting rid of items or notifying that they’ve put out something by the curb for pickup.

Depending on your neighborhood, you may also be able to post that you’re looking for free furniture, and you might get a few takers.  People often have things in their home that they look at and think “Oh, I should get rid of that,” but then they end up holding onto it because they don’t have time to take it to a donation site or they’re unable to move it by themselves.  If they know someone is looking and might come pick it up, you might have just found yourself a new couch.

Some neighborhoods have migrated over to the Nextdoor platform.  My neighborhood is a bit of a hybrid of both, but Nextdoor lets you not only see your neighborhood but also the surrounding neighborhoods, and they have a free and for sale section.  People are often getting rid of items on this site.

If you want to go a little more old school, both Freecycle and Craiglist still exist. These are forums where people can post items for free (or for sale, on Craigslist) and people can “claim” the item and come pick it up.  This is really location dependent, but there are definitely people still using these services, and if you’re looking for free furniture, it never hurts to check them out.

One of the easiest ways to get free furniture is by finding it on the side of the road.  I know that sounds crazy, but in my neighborhood, people are often putting out old furniture for free pickup, and it almost always gets taken.  Some of the neighbors have put out really nice stuff too!  It’s just easier for them to set it out than to drive it to a donation site.

If you live near a college campus, check out the campus area and nearby apartment buildings after move-out.  Plenty of college kids have furniture they can’t take with them, and this can be a great way to pick up some new-to-you free furniture.

Check out your local yard sales.  Yes, people are often looking to sell items, but especially as a yard sale starts to wind down in the afternoon, they’re just looking to get rid of the stuff they’ve set out for sale.  You may be able to pick up an item for free simply because the owner doesn’t want to have to deal with the hassle of hauling it away.  It never hurts to ask.  (And while it’s not totally free, you might be able to bargain the owner down to $5 for the couch they really want gone.  $5 for a couch is still a pretty great deal.)