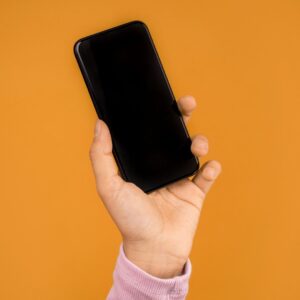 I hate to admit it, but I find myself playing mindless games on my phone all too often.  There are a lot of games out there that cost money, but I tend to play free games unless something comes very highly recommended.  But what if you could actually get paid for playing games?  Are there game apps that pay cash?

How do game apps that pay cash make money?

It seems counterproductive, right?  A game app that pays you money to play?  How does that work?

Similarly, some apps that show you ads get their money by showing the ads.   The company then passes on some of their income from the ads to you, the user.

Other times, the app is going to be pushing you to pay to play with the chance to make money the more you pay.  It’s definitely just a form of gambling, and you will have to decide whether or not that is a risk you want to take with your money.

So what apps will pay me?

I did quite a bit of research into game apps that pay cash, and here are some that seem to have positive reviews.

Mistplay is available only in the Google Apps store, but seems to be a pretty common recommendation.  I have an iPhone, so was unable to test it myself, but from what I can tell, this app has a lot of different games you can play where you earn credits that can be exchanged for gift cards, including Visa gift cards.  It seems to be a site where game developers can test out their games and upgrades, so you’re being paid to help the developers.  Seems like a win all around.

Blackout Bingo is another popular game where you can make money – but this one is a bit more like gambling.  You can play for free and win Ticketz, and when you have a ridiculous number of Ticketz, you can cash out for money.  And the more you play, the more your Ticketz multiplier increases.  But the real winnings come when you spend money, much like you would in exchanging your cash for casino tokens.  The company that runs this game, Skillz, also has other games with similar models.  The solitaire game is pretty entertaining, but again, it’s going to take a while to reach payout levels.

But be warned – the free games are guaranteed to be easier than the paid games.  You will win a bunch of free games, and think “Well, I’m pretty good at this, I’m going to put some cash into this.”  And you will likely lose.  It’s how these games are designed.

Lucktastic is digital scratch-off tickets funded by ads.  There are a lot of ads, and the money is slow going, but it’s pretty mindless, and if you’re looking for a way to kill time while sitting in a waiting room or on public transportation, this might be a good way to entertain yourself.

Another game I saw discussed a lot was Solitaire Cash, but I’m not linking it because many people seemed to call it a scam.  A lot of the positive reviews are affiliate links, and not only is this a pay to play game, but plenty of people discussed how hard it was to ever cash out.

Are there other ways to make money with apps?

The thing to remember is that there is no such thing as free money.  If an app is free, or if it is paying you, you are the product being sold.  Someone is making money somewhere.  Frequently with free apps, that’s with ads or by trying to convince you to pay for upgrades.  So consider how else your time might be monetized.

One reasonable way to make money with apps is by using a survey app.  You are being paid for your data.

Qmee doesn’t pay a lot, but I’ve actually managed to cash out with the app, so I can confirm it’s a valid way to make a little money.

Swagbucks has been around for years and is another way to make some money, but this is usually in the form of gift cards.

Personally, I would be wary of the companies that offer to pay you just for installing an app on your phone and leaving it running.  Who knows what they’re all tracking, and do you really want some unknown company to have all of that information?  That warning goes with many of these apps – read the fine print.  Check to make sure they’re not just randomly selling your personal information to any number of places.