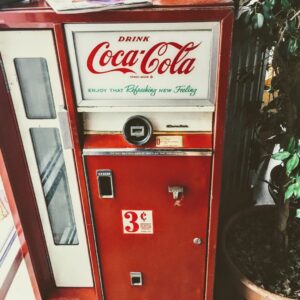 I’ve talked before about how I am a fan of having a budget category for “fun money.”  We all have our own little vices that cost money, be it lunches out or a love of small collectibles or fancy liquors.  And generally speaking, I think that having room for these vices in your budget is important.  But you need to be careful about vices that drain savings.

What is a Vice?

1a: moral depravity or corruption
1b: a moral fault or failing
1c: a habitual and usually trivial defect or shortcoming

It is that third definition that I’m referring to when I talk about vices that drain savings.  If you’re spending money on “moral depravity or corruption,” you might want to do some additional soul searching.
So here, we’re talking about a vice as a small unnecessary expense, something you’re spending on that you don’t need but that brings you pleasure or happiness.

How do Vices Drain Savings?

While I don’t think that “the latte factor” is the real reason that millennials aren’t able to buy houses, that doesn’t mean that we should be ignoring those small expenses.

Let’s start with the cost of a daily latte.  Let’s say you’re going to a smaller coffee shop or getting a small drink and your weekday latte costs $3.  Let’s say that with weekends, vacations, and holidays, you get a latte 230 days of the year.  That’s an annual cost of $690.  It might be cheaper to get a fancy latte maker at home and bring your drink with you.  Now that’s not to say you should stop this vice.  I think vices have an important place in our lives, but I think you should be aware of what they’re costing you.  If that daily latte makes your morning that much better, go for it!

Maybe you get a daily soda out of a vending machine.  I get it – that afternoon caffeine hit is amazing.  And it’s only $1.25 a day, so that’s not much money.  Which is true.  But it adds up.  When you use the calculations above, you’re spending $287.50 on soda.  If you can buy a 12 pack at the grocery store and toss a soda in your bag every day, you’ll save a good amount of money.

Now let’s look at something that I bet adds up more than you think – streaming services.  There are a lot of streaming services out there right now – Netflix, YouTubeTV, Hulu, HBOMax, Starz, Disney+, ESPN+, Discovery+, with more coming every month it seems.  And it’s easy to get sucked into having multiple services, especially as they all start streaming unique shows that you can’t get elsewhere.  And you think “Well, I cut cable, so I’m saving by using these services.”  But are you actually saving?  Take a look at how many of these services you’re paying for every month.  Are you actually using them, or can you consider canceling one or two, even just for a short time?  It’s not like you can’t resubscribe – trust me, these companies will be happy to take your money again.

How about unused memberships?  Do you have a gym membership that you don’t regularly use or a monthly package at a local car wash?  These might all be a good deal and worthwhile if you’re using them – but if you don’t, maybe consider canceling.

Should I Quit My Vices?

So should you quit all your vices?  Absolutely not!  But I think you should know how they add up.  What do those biweekly lunches actually cost you?  Is it worth it?  What about those chips from the vending machine?  Maybe you’ll decide that they’re an important part of your day – and they very well might be.  I’m absolutely not here to judge your vices.  But what I am asking you to do is take a look at what you’re spending and just give it some thought.  Are you spending too much on vices that drain savings or are you comfortable with those expenses?  Are there places where you can cut back and not feel deprived?