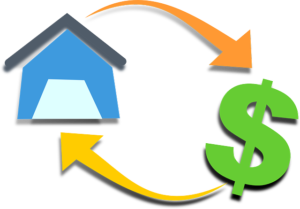 I wrote about these conditions all through 2020, and the number of people including those in my own family who refinanced their home loans last year or in early 2021 was probably higher than any time in recent memory.

And everyone knew somehow that these low rates would not last forever, yet the longer they stuck around the easier it became to accept these low interest rates as the new normal. But in the opening quarter of 2021, the home loan interest rate environment has been creeping back toward pre-pandemic levels.

Why are rates climbing again? Should you rush to refinance now? The answer to the second question is no, you should never apply for a line of credit you aren’t ready for yet.

And by “ready” I mean you’re applying for a large amount of credit that generally requires (for best results) you to review your credit ahead of the loan, work on any credit issues like on-time payments or errors in the credit report, etc.

If you aren’t ready to refinance, it simply does not matter what the rates are at this current moment. But if you ARE, act sooner instead of later to avoid further issues with potential interest rate increases.

Why Rates Are Climbing

There are multiple factors that influence mortgage loan and mortgage refinance loan interest rates. One of those factors is the current economic stimulus, which has the effect of increasing supply for Treasury bonds, which sets up conditions for rising rates.

Add to this the fact that the ebb and flow of the markets including interest rates has some definitive cyclical behavior. Treasury bonds are in a place in the cycle where higher yields are occurring. But investor behavior can also affect rates, and that’s a variable that is impossible to predict from day to day.

Going forward, it is very safe to assume we are in what mortgage lending professionals sometimes refer to as an “upward rate environment” for mortgage rates. It is highly likely that mortgage rates for both conventional and government backed mortgages will breach the three percent zone and remain there. How high will rates go? That depends on variables we can’t predict at press time. But rates will increase if the current trends persist.