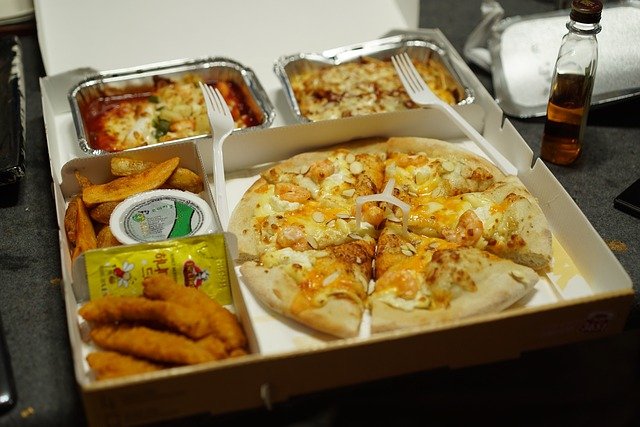 During the pandemic, I have used delivery services extensively in an effort to avoid crowds, especially with the small, but highly visible number of clueless mask deniers who insist on spreading their lack of science comprehension to the rest of us. In my hometown, those who swagger up and down the aisles of the store daring someone to look askance at their selfish, unmasked faces made it clear to me personally that home grocery and restaurant delivery would be a necessity.

But the problem is that using Grubhub, Instacart, DoorDash, and related services have a way of nibbling at your budget that doesn’t work for people who need to count those costs carefully and eliminate waste wherever possible.

What I have noticed in this area I did NOT notice right away, because having groceries delivered was a true novelty. The fear of “mah freedums” COVID deniers breathing their potentially pestilence-filled exhalations into one’s face at the grocery store was a thing of the past!

With no vaccinations available at the time, it was liberating to get necessities without having to duck and dodge around people who didn’t appear to take the pandemic with the seriousness it deserves. But the fees add up.

You have your sales taxes to contend with, which is nothing new. But you also get socked with the following fees.

How much does this tack onto the total amount? An GrubHub order from a Thai restaurant that I placed that totalled $28.85 for the food wound up costing more than $50. Why?

Without the tip the extra I paid was in the neighborhood of $16. Granted, these costs are associated with NOT paying a delivery subscription fee, but those of us who don’t have the luxury of being able to afford enough online ordering to make that fee worth the expense? We aren’t opting in.

We don’t begrudge the driver a tip, but in this case, the tip was calculated as a percentage of the total cost. And for this particular order, an item was missing and the amount refunded. But the amount of the tip percentage was NOT adjusted accordingly. The driver earned the money but having the option to adjust the tip based on the actual number of items in the order would have been nice.

It pays to do the math on your home delivery fees. I’ve been ordering a lot less since getting vaccinated for COVID-19, and I refuse the “convenience taxes” associated with these home delivery services (not true taxes mind you, just a bit of hyperbole) whenever I can because I am counting my pennies.