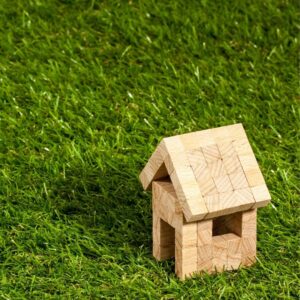 Recently, a friend of mine put an interesting question on Twitter.  Right now, home prices are skyrocketing in our area.  Houses are going for well over the asking price and there’s usually a bidding war.  It’s definitely a seller’s market.  So his question was whether or not they should put their home on the market and just rent for a few years until market prices drop again.  It was an interesting question.  Should you sell your home?

Why You Should Sell Your Home

Right now, it’s very much a seller’s market.  Why?  Interest rates are very low, so mortgages are very appealing.  However, because of these low rates, a lot of people are interested in buying, which means that home prices are being driven up.

In our area, it’s not unheard of to have a house go on the market and end up sold within a few days at well over the asking price.  A house on our street recently went for $75k over the asking price which just seems insane.  We’ve even had realtors knocking on doors to see if we’re interested in selling our house (though I would never just hire a realtor who showed up at my door).

If you’ve been thinking of selling, now might be the time to do it.  I know plenty of people who are in what they consider “starter homes,” and this could be a good time to get out of that starter home.  Other people are moving out of cities as their jobs decide that they will stay fully remote or majority remote.  While you might not want a two-hour commute to work every day, having to do it once a week but getting to live in an area you prefer could be worth it.

Does Your Home Need Work?

Given how hot the market is, if your home is one that needs some work before you could sell in a traditional market, you might be able to get away with selling and not making those improvements. In addition, you could even look at companies like Crawford Home Buyers (https://webuyhousesinatlanta.com/smyrna/), which specialize in buying houses that require a lot of work, paying cash, with the process taking as little as 10-14 days. Yes, a brand new, upgraded kitchen will almost always bring in more money than you spent on it, but if you just don’t want to deal with the upheaval, this might be a time to not take as big of a hit on the selling price because of your early 2000’s cabinets.

Selling your home and renting for a few years might be a great plan if you’ve been planning to sell in the next few years anyway.  While you can never predict what will happen to the markets, many experts believe that prices will drop again as interest rates go back to more normal levels, so if you’re willing to wait out homeownership for a few years, or just want to go back to renting for a while, this is your time.

Why You Should Not Sell Your Home

One big question when asking “Should you sell your home” is where are you going to live once your home is sold?  It’s a seller’s market, sure, which puts you in a great place when you’re selling – but then where do you go?  If you want to buy something, all those benefits you were seeing as a seller now work against you as a buyer.

If you’re moving to a market that isn’t as hot as the location you’re selling in, this might not be an issue.  But even if you’re just looking to downsize, though you’ll still likely come out with money in your pocket, your smaller home might cost you more than you think.

Generally speaking, if you’re looking to sell and then buy a new home, it’s best to do it in a balanced market.  But that doesn’t mean that you can’t take advantage of the current situation.  Consider refinancing and taking advantage of that lower interest rate.  Maybe you can shrink your payments, shorten the length of your loan, or even both (which is what we did).