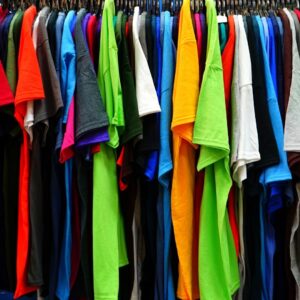 Since we talked about leggings last week, let’s revisit an older story about LuLaRoe.  If you will remember, LuLaRoe has been part of a number of lawsuits, regarding everything from not paying their suppliers to being an illegal pyramid scheme.  Let’s take a look at the current LuLaRoe lawsuit status.

In early 2019, the Washington state Attorney General filed a lawsuit against LuLaRoe alleging that the company is an illegal pyramid scheme and has defrauded thousands of Washington residents.

“LuLaRoe tricked consumers into buying into its pyramid scheme with deceptive claims of high profits and refunds for unsold merchandise,” said Ferguson in a prepared statement. “Instead, many Washingtonians lost money and were left with piles of unsold merchandise and broken promises from LuLaRoe. It’s time to hold LuLaRoe accountable for its deception.”  Source

The allegations were that LuLaRoe violated both the Washington AntiPyramid Promotional Scheme Act and the Consumer Protection Act, misrepresented the potential profitability and used an unlawful bonus structure and refund policy.

As of this February, the case has been settled out of court.  LuLaRoe has to pay a whopping $4.75 million dollars as well as change their business structure and be more transparent about actual profitability of joining the company.  Thankfully, $4 million of that will go to help Washington LuLaRoe sellers partially recoup some of their losses.

Of course, that doesn’t help all of the people in states other than Washington who also had major losses thanks to LuLaRoe.

Another LuLaRoe lawsuit comes courtesy of MyDyer, a major supplier for the company.  To quickly summarize the lawsuit, MyDyer sued LuLaRoe for not paying their bills (over 7 months of invoices allegedly did not get paid), and accused the owners of hiding assets to avoid having to pay.  In response, LuLaRoe countersued, saying that the allegations, as well as cutting off their supply chain, hurt their business.  It’s been a fascinating back and forth, partially because owners of both companies were once very friendly, so now there are a lot of personal attacks being made atop the financial claims.  (Perhaps this is yet another indication that you shouldn’t go into business with friends – such as joining their MLM.)

This case is still wending its way through the courts.

Is LuLaRoe Still Around?

I know that I don’t see as much about LuLaRoe as I used to – the people I know who were part of the MLM have gotten out, and I do hope that none of them lost too much money.  But LuLaRoe is still alive and kicking – and continuing to produce new styles as well.  LuLaRoe held their annual convention last year, as it was before March, but they haven’t announced dates for 2021, though that is likely as related to the pandemic as it is to their lawsuits.  I still wouldn’t recommend purchasing from them, as they are a very harmful company with low quality products.  I fully expect them to be out of business soon.