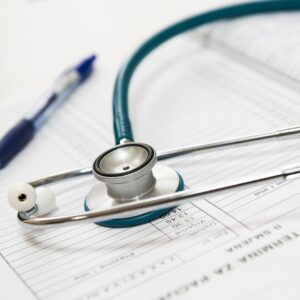 Even if you have good insurance, sometimes you end up getting hit with a surprise medical bill, much higher than you expected.  It can be frustrating – you do your research, you check to be sure that your procedure is covered, and all looks good… and then it turns out the anesthesiologist used by the hospital is out of network for you and not covered.  Or worse, you have an accident and don’t have a choice of what hospital you land at, and end up at one that is out of network and you suddenly owe a large bill.  Did you know that you can negotiate medical bills?

Start With a Phone Call

Step number one to negotiate medical bills is to call the billing office.  There should be a number on the bill you received.  Don’t call the provider you worked with, check out who handles their billing.  Be polite but firm and let them know that you received a bill and that you can’t pay it.  You don’t need to give them reasons, just say that you can’t make the payment required.

Frequently, the billing office will be able to immediately knock off a percentage of the bill right away.  I’ve seen everything from 25-30% as a common discount up front with very little work from you.

Offer What You Can Pay Now

If you can make part of the payment right away, negotiate medical bills by offering to pay that amount in cash if they can waive the rest.  Maybe you received a $1000 bill, and you can swing $400 right now, but no more than that.  Let the billing office know that you can pay immediately if they can waive the remaining $600.  Many times, bigger medical groups have the ability to write off the difference or have charity funds they can pull from.  Additionally, it costs them money to chase you down for what you owe, so it might benefit them to just write off the difference.

I always recommend being polite but firm.  It’s possible they will try to negotiate with you to get a bit more money, but remember that frequently, the person that you’re talking to isn’t the person making the final decisions – they’re just following the guidelines they’re given.  They likely have a limit to how far they can negotiate, so you’ll have to try to figure out where that limit is.

Ask For a Payment Plan

Depending on the size of the bill, you might not have enough cash on hand to negotiate your medical bills by making a flat offer, but after you’ve requested a discount, see if there is a payment plan.  Frequently they will want to know how much you can pay monthly.  Even if you owe them thousands of dollars, if they’re able to get $100 a month from you, that’s better than nothing or having to spend money chasing you down for the funds.

If you are in a legitimate financial crunch due to illness, job loss, or other documentable issue, ask the billing department if they have a financial assistance program.  Often times, this sort of program requires proof of your financial hardships, but if you’re able to fill out the paperwork and qualify, you might be able to have most or all of your medical bill waived.  It never hurts to ask and you might be surprised how easy the process really is.