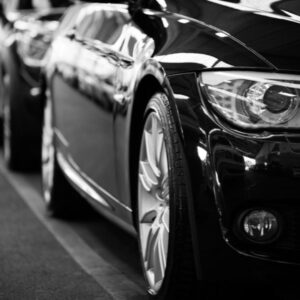 The Covid-19 pandemic has had a lot of effects that people didn’t anticipate. One of those is a shortage of new cars, which has inevitably led to a shortage in used cars and even a shortage in rental cars. But what if you were planning to buy a car this summer?  Should you buy a car during the car shortage?

Why Is There a Car Shortage?

If you think about it, it’s pretty obvious why there is a car shortage – it’s just something I never considered.  With the global pandemic, there were shutdowns in many places, which led to work stopping or slowing.  Many manufacturers were simply unable to produce what they needed.  For cars specifically, the big issue is a lack of microchips.

When the pandemic started, car production slowed because of shutdowns and because people weren’t buying as many cars.  There were concerns about jobs and many people weren’t driving like they used to, so there wasn’t as much of a need for new cars.  As auto manufacturers stopped placing orders for microchips, the microchip manufacturers (also dealing with shutdowns) shifted production to chips for electronics, because as people were staying home more, the market for computers, gaming systems, and other electronic devices was booming.  Now that the auto manufacturers want to buy chips again, there are none to be found.

How Does This Affect Car Prices?

Obviously, with fewer cars available right now, demand is outpacing supply.  Just drive past a car dealership – you’ll notice there are significantly fewer cars available.  So as with everything, lower supply, and higher demand means that dealers can charge higher prices.  Cars are on average $3000 more expensive than they were at the beginning of 2020.

And as fewer people are able to buy new cars, that means that they aren’t trading in their old cars, which means that there are fewer used cars available as well and sellers can charge a bit more due to that shortage.

Interestingly enough, there’s also a rental car shortage, which plays into all of this.  When the pandemic started, fewer people were renting cars, so rental companies sold off cars in their fleets to lower their expenses.  Now that more people want cars, they need to increase the size of their fleets again – but there aren’t new cars to be had.  So all the prices have increased.

But What about Interest Rates?

Though you might be paying a bit more for a car right now, interest rates are quite low, so if you’re looking to finance a car, you may want to take a look at the math.  Even though your purchase price could be higher, your ultimate amount spent with financing could end up being lower thanks to those interest rates.

So Should You Buy a Car During the Car Shortage?

Well, if you need a car and don’t have a car, you probably don’t have much of a choice.  But depending on what you’re looking for, it might not be the worst time to buy a car.  We had been planning to buy a car this summer because we needed something bigger.  With a new baby, we wanted something a bit larger so that we could road trip to visit family and be able to comfortably fit all of the gear that babies need when you travel with them.  Our cute little compact cars weren’t going to cut it.  We used to fly a lot more, but now plan to drive for various reasons, so getting something with good space and good fuel economy was important to us.

It was certainly a challenge to find what we wanted.  The supply was limited – but we’re lucky to live in a fairly dense area with plenty of dealerships in a two-hour radius.  The dealers wanted to play hardball, but we held out – we didn’t absolutely need to be buying after all.  We got the vehicle we wanted and found a good interest rate, so we’re happy with our decision.  Would it have been easier pre-pandemic?  Certainly.  Would it have been cheaper?  Possibly.

If you can wait to buy a car, it probably doesn’t hurt (and there are always benefits to not having a car payment – I’m not a huge fan of the fact that we’re going back to having a payment again, since both of our cars were paid off).  But if your circumstances are such that you need or really want to buy something, take a look and be ready to deal.