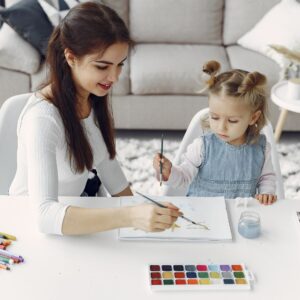 For the majority of people working, the goal in changing jobs is to bring in a higher income.  We’re often working to get the next promotion or the next raise in order to increase that paycheck.  But is there ever a time where accepting less money is worth it?  Should you take a pay cut for work-life balance?

What is Work-Life Balance?

When you’re first starting out in your career, it’s easy to say “I’m just going to put my time into my work.”  And maybe you get a chance to party hard on the weekend, but during the week, all you do is work, eat, and sleep.  And that’s just not sustainable, especially if you want to have a relationship and a family.

As someone who just had a baby and has joined a few parenting groups, I’m seeing a lot of people discussing making career changes so that they have a good balance with their kids.  Rather than having to work 12 hour days, they want to be able to be home with their children in the evenings.  This isn’t people wanting to just quit their jobs to be a stay-at-home parent (which is a noble profession and not one I think I’m suited for), but people who want to have better balance between work time and family time.

One big hindrance to work-life balance is having to work overtime.  With the pandemic, this has become even more common because many people are working from home.  It’s so much easier to say “Well, I can put in another hour or two on this project, since I’m doing it from home.”  But even if you don’t have a family, it is important to have some balance between work time and personal time.

Why Would You Consider a Pay Cut?

Depending on your situation, your change in work-life balance might simply be to do less overtime.  If the extra hours aren’t mandatory, you can step back from them.  If you find that you’re putting in required extra hours to get your work done, you can talk with your boss about spreading out the workload.  There might be someone else who is looking for overtime hours to pay off bills.  (And if you’re working a lot of unpaid overtime because you’re salaried, you should definitely talk with your boss.)

Obviously, if you’re struggling to make ends meet, you might have to keep the higher paying job, but if you can make some changes, it can absolutely be worth it to bring in less income and have more time to spend with friends and family or just doing what you want to be doing.  Taking care of your mental health is so incredibly important.

If you’ve got a hobby you’ve been considering turning into a small business, putting in less time at your full-time job may also be a way to pick that up.  You’ll still be working, but it might be on something that you enjoy much more.  A friend recently changed jobs and now works 4 days a week instead of 6 and has started doing woodworking on the side.  He loves it and has created some beautiful pieces.

Can You Afford to Take a Pay Cut?

Take a hard look at your finances.  What are you spending your money on?  How much do you have leftover at the end of the month?  Can you cut back anywhere?  I know for me, when I’m working longer hours, I’m not as good about cooking for myself so a lot more of my money ends up going to take-out.  Are there other little conveniences that you’re taking advantage of that you don’t need as much if you’re not working such long hours?

It’s hard to consider taking a pay cut when we’re so often working so hard to save money and be able to retire as early as possible.  Maybe you’re trying to save money to pay for your kid’s education.  And I’m sure they will appreciate that, but they will also appreciate you being home with them now.  It’s important to not just work for the future – you need to enjoy today as well.  At the end of their life, no one has ever said “I wish I worked more hours.”