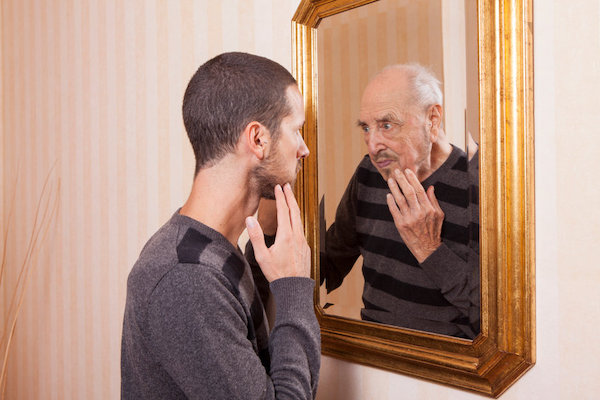 I don’t know about you, but when I think about retirement, I often wonder if I’m going to have enough money saved to have the kind of retirement that I want. I don’t anticipate being excessively wealthy, but I would like to enjoy my retirement years, maybe getting to travel some and definitely not spending my time worrying about bills. But it’s hard to motivate myself to save more — after all, there are so many things I want to spend my money on now. But can I boost retirement savings with VR?

What is Virtual Reality?

Virtual reality is defined as

I’m sure we’ve all seen photos or videos of people experiencing virtual reality wearing a pair of goggles and gloves and looking around a room or (quite amusingly) riding a roller coaster and shrieking at the motions. There are all sorts of games that you can play in virtual reality, and you can also tour buildings and historical sites and all sorts of other activities.

How to Boost Retirement Savings With VR

A very cool study was done where people in their early 20’s were presented with “older” versions of themselves — age-progressed avatars of themselves at 65. They looked into an “aging mirror” and saw themselves reflected back. They were then given money, which they could invest in retirement or spend. The people presented with the older versions of themselves actually ended up putting twice as much money into their retirement accounts, likely because they were forced to think about what their future looked like. While we may think about the future, we often think about the future “us” as a different person. I like to jokingly say “That’s a problem for future me,” but in this case, people are actually leaving their retirements as a problem for their future selves, which we all know doesn’t work.

I don’t know about you, but I’m not sure how I would access a virtual reality version of myself. It’s just not something most of us come across in our day to day. But what we can do is really sit down and imagine that person. What does he or she look like? What are his priorities? Where does she live? Who does he live with? Do you have children? What are they like now? Sit down and think about who that person is and what you can do now to help them live a better life.