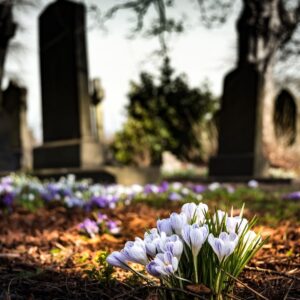 Recently, we had a family member pass away unexpectedly.  She was in her early 70’s and not in the greatest of health, so it wasn’t a total shock, but she hadn’t been doing poorly and had been staying at home during the pandemic, so it certainly was a sad discovery.  Of course, after the initial reactions, the next steps were figuring out what to do with her estate.  Thankfully, she was prepared, but that isn’t always the case.  So what happens to your stuff when you die?

Do you own anything at all?  Then you should have a will.  Plenty of people don’t think about making wills until they have children, but if you have anything that you own that you want to leave to someone else, you should have a will.  Depending on your estate (your stuff and money), it doesn’t have to be complicated and you might be able to do it yourself.  There are some great computer programs out there that can help you build a will and properly sign it.  (Most wills have to be witnessed by others, who can attest that you’re doing this of your own choosing and aren’t being forced.)  But if there is anything complicated to your will, you will likely want to hire a lawyer.

What goes into your will?  The disposition of your stuff, for one.  This can be as simple as “I leave everything to Jan,” it can divide your stuff between multiple people evenly, or it can specify that certain things go to certain people.

Obviously, if you have minor children, your will should specify who becomes their guardian if you and any other parents they may have are no longer living.  This is the step many people have the most difficulty with.  None of us wants to think about what happens to our children if we die, and hopefully it’s not something that happens, but I know that I felt much better once we had that paperwork in place.

Do you have certain sentimental items that you want to go to specific people?  Consider labeling them now.  If you have framed artwork hanging on the wall, you can put a note on the back saying that you want to leave it to a specific person.  This may not be something you want to do when you’re young, but if you go to your grandparents’ house, don’t be surprised if you find little notes on the backs of pictures or the bottoms of decorative items.  I know my grandmother was very careful to label things so no one argued over them.

In addition to your will, do you have beneficiaries set on your accounts?  Many retirement accounts let you set beneficiaries, people who will receive the proceeds should you pass away.  This can also be done in a will, but it makes things just a bit easier for those left behind when you die.

While you can’t actually leave your money to your pets, you can leave money for their care.  In our case, our family member did just that, which means that her pets are being taken care of while we find people who can adopt them.  It can also make it easier for a family member or friend to take in your pets if there’s additional money for any veterinary costs.  And it’s always good to know that our pets will be cared for when we’re gone.