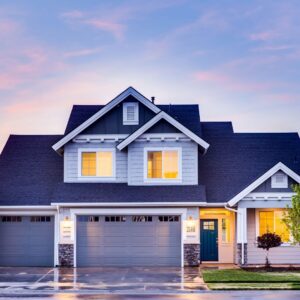 About a year ago, we refinanced our mortgage to take advantage of the extremely low interest rates.  We now have a smaller mortgage payment than before.  So should we still pay the same amount and pay extra on our mortgage?

Why To Pay Extra On Your Mortgage

As with most consumer debt (including credit cards), you are accruing interest charges the longer you wait to pay off your mortgage.  If you pay it off sooner, you will ultimately pay less in interest.  And saving money is always a good thing, right?  Additionally, paying extra on your mortgage and paying it off sooner means that you will have that money available to you sooner – so if you’re hoping to retire early, that’s one less bill that you will have to pay.  I know plenty of people who want to have their mortgages paid off by the time they retire, so paying extra can be a good way to get there.

You have a couple of options if you decide to pay extra on your mortgage.  You can make it a set plan to pay extra every month.  Maybe you round up – for example, if your mortgage payment is $678, maybe you round up to $700.  Or maybe you just round up to $680 because it makes the math easier for you.  You can also just pay extra occasionally.  I get paid every other week, so my budget is for two paychecks a month.  But because of how weeks and months work, some months, I get three paychecks.  So one option for that “extra” money is to put it towards my mortgage.

Why to Pay the Minimum

Mortgage rates are incredibly low right now. It’s possible to get a rate below 3.5%.  You aren’t going to find that in any other type of loan.  What that means is that when you pay extra, you really aren’t saving that much.  It’s very different when compared to a credit card interest rate of 18% or more.  Rounding up your payment may only ultimately cut a month or two off of your final payment, which in the long haul, isn’t that much.  If you just invest that money into an index fund, you will end up with more money at the end of the term.

And of course, if you do have higher interest debt, such as credit card debt, you absolutely should be paying off that debt before worrying about if you should pay extra on your mortgage.

What We Pay On Our Mortgage

We pay the minimum on our mortgage.  When we refinanced, we didn’t actually reduce our payment that much, but we were able to cut two years off of our mortgage, saving us a good amount of money in the long term.  Though the difference between the two payments isn’t much, we decided to keep that money in our accounts for emergencies.  We wouldn’t ultimately save very much, so paying extra just didn’t seem worth it.  We would much rather have access to the money now for home repairs and other projects.

One thing to note – if you do decide to pay extra, be sure that the extra money gets applied to the principal.  Sometimes, extra payments just get applied to your next payment, and you aren’t actually reducing your interest at all.