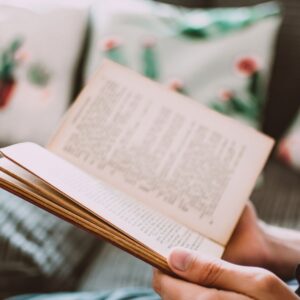 Definition of Income and Wealth

So in short, your income is what you’re bringing in, and your wealth is what you have.  But I think wealth is more than just money.

So if someone has a high income, they should have an abundance of possessions and resources, right?  Well, it depends on what they do with them.  And here there can be a big difference between income and wealth.

Some common high income jobs are those like doctors and lawyers.  But those jobs often come with high obligations.  Medical and law school are expensive and the majority of people who graduate from those schools do so with quite a bit of debt and may be paying off their educational loans for a decade or more.  These people may have a high income, but their obligations mean that they aren’t able to accumulate wealth.

Additionally, it is quite common for someone with a high income to have what some call “golden handcuffs.”  Basically, they have a high income so they have more money to spend, and they end up buying an expensive home and services.  They get used to these situations and are unable to make a change.  They would like to have an easier job, but rely on the income to pay for their home and services.  They would like to be able to save money, but they aren’t able to give up what they are currently spending their money on, so they’re in golden handcuffs – it’s an enjoyable situation, but not one they want to be in.

Can You Be Wealthy Without High Income?

If you’re smart with your money, you can absolutely accumulate wealth without a high income.  What is important is how you spend your money.  You should invest in your retirement and in other safe investments in order to grow your nest egg.  You should make wise choices with your money, spending it on what is truly important to you.  If you consider wealth to be the ability to take a nice vacation every year, then that’s what you prioritize.  Maybe you live in a smaller house or you rarely eat out, but every year, you have an amazing experience.  That’s certainly a form of wealth.

You can be wealthy without having extreme amounts of money.  It’s about finding out what you truly want out of life and then putting your resources towards that.  And sure, maybe you’d like to take a trip to Europe every year and can’t exactly afford that.  But maybe this year you drive to a nice AirBNB in the mountains for a week and in two years, you take that European trip you’ve been dreaming of.  Just be sure that you’re also planning for the future, and enjoy your personal wealth, whatever that looks like.