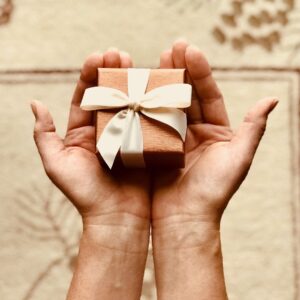 It’s hard to believe, but the holiday season is nearly upon us.  And while a lot of people like to wait for Black Friday sales to do their shopping, this year, it will benefit you to get your holiday shopping done early.

You may have heard about the supply chain issues.  What does this mean?

Basically, the production of everything has slowed.  In the beginning of the pandemic, many factories around the world were shut down due to COVID-19.  Shipping companies cut their schedules in response, not expecting to have as many things to ship.  But instead, in countries like the United States, demand for items actually increased – people were spending more time at home and realized they wanted things like home office supplies and exercise equipment.  So companies tried to produce and ship, but the shipping industry got all screwed up with a shortage of shipping containers in the right place.  As a result, things are out of stock all over the place and it can be hard to get your hands on things.

Recently, we were looking to replace our dishwasher.  Most stores didn’t have the product we wanted and wouldn’t have it for at least five months due to supply chain issues.  And this is happening with a lot of products, especially things that people want to give as gifts during the holidays.  Now, I know what you’re thinking.  If it’s not available for five months, I can’t get it in time anyway.  And that’s correct.  But some items are still in stock – but there isn’t a huge stock.  So if you want that gaming system or exercise equipment as a Christmas gift, buy it now.  Don’t wait and risk it going out of stock.  Get your holiday shopping done early.  Plus if something you want ends up out of stock, you’ll have more time to come up with a replacement item.

It seems that every holiday season, package shipping gets delayed.  And that’s absolutely true – the sheer number of additional packages in the system are bound to slow it down.  But there are planned delays and price increases by USPS as an effort to save money.  Additionally, because of the pandemic, people are buying online more than ever, rather than going in person to the store, so that’s even more packages making their way through the system.  If you get your holiday shopping done early, you’ll have a much better chance of having those gifts well wrapped under the tree, not sitting in a shipping depot still making their way to your house.