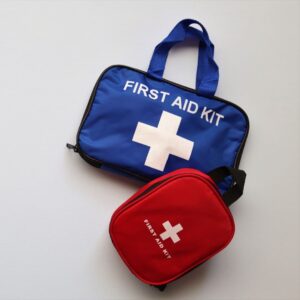 You hear a lot about how much money you should have in your emergency fund.  The common wisdom is 3-6 months worth of expenses.  Note that says expenses, not income.  This calculation may vary.  You might be more comfortable with a higher amount available, and if you’re not able to get to 3 months of expenses, even a few hundred dollars set aside can be helpful.

But once you have that money, where should you keep it?

Conventional wisdom is that your emergency fund should be in cash accounts – that means checking or savings accounts.  This is money that’s easy to access when you need it.  Of course, depending on your spending habits, you may not want it too easy to access, so many people setup accounts separate from their every day accounts.  If you go this route, I definitely recommend looking for the highest interest rate you can find.  Right now, interest rates on savings accounts are very low, but making even a small amount of interest on your savings is better than making nothing at all.  This likely means that you will be putting your money into a savings account and not a checking account, which offer lower interest rates, if at all.

One common suggestion about how to keep your emergency fund you used to hear a lot in the personal finance community was to create a CD ladder with your emergency fund.  One way to do this is to divide your emergency fund into 12, and then every month, buy a one year CD.  Once you’ve bought your 12th CD, each month, you will have 1/12th of your emergency fund become available, and you can roll it into another one year CD.  This still isn’t a bad idea, except that interest rates are so low that it’s likely you’ll actually get a better rate in a savings account than in a one year CD.  Still, keep your eyes on those rates.  One good thing about CDs is that you know the penalty for early withdrawal when you buy, so you’ll likely only pay a small amount of interest should you need that money quickly.

I recently saw a comment on Reddit that set out a really interesting way to keep your emergency fund.  This user divides their money into three parts: money you need immediately, money you need relatively quickly, and money you need as a last resort.

For immediate need, that’s money you need right now (clearly), such as paying for car repairs.  As this user points out, you can often use credit cards to float this and don’t need the cash on hand, but even so, this amount may only be a few thousand dollars at most and you might be able to get away with less.

Money you need relatively quickly is described as money you need within a week or so, such as paying off that credit card bill you just incurred paying for your car repairs.  Here, you can put your money into some relatively safe investments, such as mutual funds.  You can typically execute a sale of mutual funds in a day, and have the money into your bank account within a week.

The third recommendation is considered last resort, and here you can be looking at money that you don’t want to have to touch, but can if things are critical.  This can be retirement money in a Roth IRA.  You pay a penalty to withdraw the money, but that makes you less likely to touch it unless you absolutely need to.

My thoughts on how to keep your emergency fund is partly like the commenter above, except that I don’t consider my Roth IRA part of my emergency fund.  Yes, it’s there if I absolutely need it, but I don’t think of it as money I’ve put aside for emergencies.  Instead, I have cash on hand and some safe and easily accessed investments.  Thankfully I’ve not yet needed to cash out investments for emergencies, but the money is there if I need it.