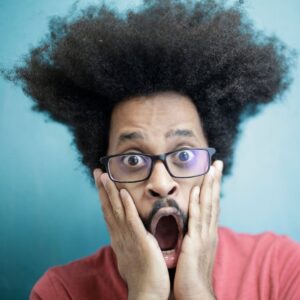 We’ve all heard the stories.  You go to the hospital to have a planned procedure.  You’ve checked your insurance and the hospital is covered.  Your doctor is covered.  Everything is in network, so you shouldn’t have any major bills.  And then you get a surprise bill because for some reason, the anesthesiologist for your surgery isn’t in network for you, even though the hospital is, and suddenly you owe thousands of dollars.  You did everything right, selected your hospital and doctor based on insurance coverage and you’re still stuck with a surprise medical bill.  Beginning in 2022, the No Surprises Act will prevent you from getting surprise medical bills like this.

What Qualifies Under the No Surprises Act?

What sort of bills qualify under the No Surprises Act?

Most emergency services are covered under the No Surprises Act.  After all, you’re often not in a place to consent to the cost of certain treatments when you’re in the emergency room – and you may not even be able to control which hospital you go to, especially if you’re in an ambulance.

This also covers what they call “post-emergency stabilization services.”  Let’s say you’re in a car crash and are taken to a hospital that isn’t in-network for your insurance.  The immediate emergency treatment is covered as if it were in-network.  But if you’ll need a longer hospital stay, you may need to be transferred to a hospital that is in-network.  The treatment you need to be stabilized for transfer will also be covered as if in-network.  (And this transfer can’t cause you any unreasonable burdens.)

Finally, the example I discussed above.  The Act also covers non-emergency services at in-network hospitals.  You go to a hospital that is in-network, it doesn’t matter if one of the providers you see isn’t officially hospital staff but just sees patients there and isn’t in-network for your insurance.  You will be covered as if they were in-network.

So I can’t get charged more than my insurance covers?

Not quite.  It’s not the No Bills Act, it’s the No Surprises Act.  If you choose to see out-of-network providers, you will have to pay those bills.  If a provider is out-of-network, however, they will have to notify you of that status and provide estimates of the charges at least 72 hours in advance.  Of course, as discussed above, this doesn’t apply to emergency situations where you clearly don’t have 72 hours to wait.

And of course, this law just went into effect on January 1, 2022, and it doesn’t cover services that happened before this year.  So you may still have some surprise medical bills coming your way if you received treatment last year.