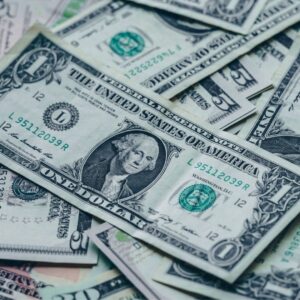 We talk a lot about MLMs, or Multi-Level Marketing.  These are also known as pyramid schemes, and generally speaking, they are a bad idea.  You will not get rich by signing up for an MLM and more likely than not, you will lose money.  And yet people keep signing up.  Why?  Here are five reasons that make MLMs attractive to women.

One of the biggest reasons that make MLMs attractive to women is that they tell you can work from anywhere.  A lot of women who sign up for MLMs are stay-at-home moms.  They become convinced that they can run their MLM from home while taking care of their children.

While there are legitimate work-from-home jobs, MLMs are not those jobs.  And as anyone who has tried to work from home while taking care of young children will tell you, it’s not easy.

But as many people in MLMs will tell you, you don’t have to work from home – you can work from anywhere.  You can be making money while on the sidelines of your kid’s soccer game or even while on vacation.

I can make money while on vacation too.  It’s called paid vacation from my full-time job.  And I don’t have to work while I’m on vacation.  If I’m working, it’s not a vacation.  And when my kid is playing soccer, I want to be watching, not staring at my phone.

Another argument that MLM recruiters advocate is that you can be your own boss.  Own your own business, be your own boss!  Except you don’t own your business – you are just selling for the business (and recruiting new members).  And you aren’t really your own boss either.  You still have to follow the rules of the MLM.  You don’t get to control what you sell or even how you market it.  And you have to pay to be a member.  That’s not owning a company.  That’s joining someone else’s company.

You hear the stories all the time.  A woman moves to a new town and is looking to meet friends and someone nice comes up to her in the gym, and they get to chatting and the person invites her out for coffee after their workout.  The woman thinks she’s found a new friend, but instead, the woman is just trying to get her to join her pyramid scheme.

MLMs often recruit military wives who are relocating with their partners.  An MLM is a job you can do anywhere, after all, and going to parties and hosting parties is a great way to meet people, right?  Well, it’s a good way to take advantage of people anyway.

MLMs are hugely popular in Mormon communities?  Why?  Most likely due to the tight-knit nature of the community and the prevalence for stay-at-home mothering.  There are a lot of women not active in the work force but who are looking to bring some additional money into the home.  A friend from church sells XYZ MLM product, and they’re doing well, so why not sign up with them?  They’re a trusted friend, after all, someone you know from church, so they wouldn’t lead you wrong.

Yes, they would.  And not necessarily intentionally – most people in MLMs aren’t looking to take advantage.  They’re working the program as they have been instructed.  They’re being taken advantage of by others, and that gets passed on to you.  And then you’re encouraged to get others to join under you.

One of the big reasons that make MLMs attractive to women is that they claim it’s a great way to get out of debt.  Make extra income!  Pay off that debt!  You won’t get out of debt by joining an MLM.  You will just create additional debt.  This is probably the worst reason to join an MLM.