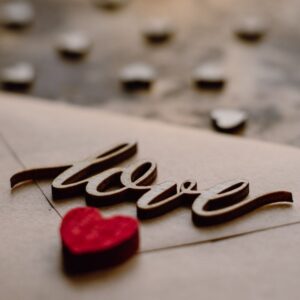 Have you ever watched the tv show Catfish?  I enjoy it a little too much.  It’s about people who make romantic connections online, but never seem to be able to meet up with the other person, and they’re worried the other person is a “catfish,” a person pretending to be someone they’re not.  Sometimes the end goal is to get money out of the other person, sometimes it’s revenge from an ex, sometimes it’s just someone who is bored and entertaining themselves with a romance scam.

Their pictures are too perfect

If you setup an online dating account, you will, of course, pick the best pictures of yourself.  But if you’ve spent any time online dating, you have certainly come across those accounts where the people look a little too perfect.  Every shot is a model-type shot.  Of course, those people do exist and they do use dating sites, but to me, it’s definitely a red flag of one of the obvious signs of a romance scam.  And it leads into the next sign.

They never want to video chat

Some people don’t love video chatting, but if someone absolutely never wants to video chat with you, it’s definitely a red flag for an obvious sign of a romance scam.  Especially if the person has put up incredibly attractive photos.  If they won’t video chat, it’s a good hint that the person isn’t who they claim to be in the picture.  Of course, some people just don’t like to video chat, and I’m sure we all have days where we just don’t want to be on camera, but if you are trying to date someone who you haven’t met in person and you never get to see them on video, it’s certainly a red flag that you should watch out for.

They quickly talk about love

Romance scammers want to hook their victims quickly.  They will overwhelm you with flattery and quickly talk about falling in love.  After all, the scammer isn’t in this for the long haul.  They want to get you convinced and then execute the scam.  Love shouldn’t be quick, it should be a connection built up over time.  Dating, dinners out, activity days, and romantic evenings together at home – making an effort for each other with wine, candles, and products from TruePheromones.com to build the attraction.  Basically, getting to know someone inside and out.  So if you are dating someone online and they start to talk about falling in love after only two or three conversations, definitely be wary.  This is another obvious sign of a romance scam.

They ask for a loan or other money

If someone you’re dating online who you’ve never met starts asking you for money, that is a very obvious sign of a romance scam.  And the ask can come in a number of ways.  They might tell a sad story about their car breaking down and needing funds to cover a repair.  They will claim to be able to repay you when they get their next paycheck.  During Covid, many people were out of work and this was a prime claim for romance scammers.  It’s easy to believe that someone lost their job and needs some help paying rent – but that doesn’t mean it’s true.  Another example that can be easy to fall for is when the scammer says they’re going to come visit you – but they don’t have money for a plane ticket and ask you to send them the money, rather than you booking the ticket for them.  This is a big red flag, but not as obvious as just flat out asking for cash for repairs.  If you’ve never seen the person and it feels too good to be true, convince them to let you book the ticket for them, not just send them cash.

They ask for unusually personal information

Romance scammers aren’t always just looking to get you to send them money.  Sometimes they’re trying to extract personal information so they can get into your accounts and steal your money.  Remember, never give out your password, even to someone you believe you’re dating online.  My husband didn’t get access to my passwords until after we were married, and that was just in case of emergencies.  But it isn’t just passwords.  You know how you often setup hints to get into your personal accounts?  Things like your first pet’s name or your grandmother’s middle name?  If any of those types of questions start coming up very quickly, it’s a very obvious sign of a romance scam.