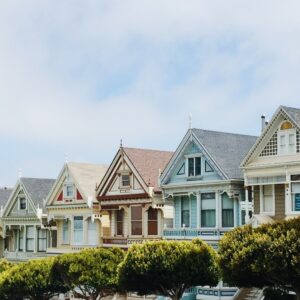 Have you ever looked at a tv show or movie and wondered just where the action was taking place?  It used to be common that sets were built on a soundstage, and that is still common with television shows that run from year to year, but when spaces are needed for movies or shorter run television programs, filmmakers often rent space in houses.  Have you ever wondered how much you can earn by renting out your home for filmmaking?

How Much Can You Earn?

While the amounts vary by location and property, you can generally expect to make approximately the amount of your mortgage payment for every day of filming.  That is some serious money!  And the earnings might end up being even more than that if the filmmakers decide to make any improvements to your house.  You could end up with a new coat of paint or some refreshed landscaping or even refinished floors, depending on what the film calls for.  Sometimes a film crew will redo your entire kitchen! Of course, you may not like the paint colors the filmmakers choose, but repainting is a small cost compared to what you can make.

Does Your House Need To Be “Special?”

I know what you’re thinking.  Does your house have to be fancy or unique to be used in a film?  Not necessarily.  While some film characters live in fabulously unique houses, many just live in normal, every day homes, and that means your home might be just what they’re looking for.

Where Do You Go?

While your house is being used for filming, you will have to vacate, which can be nervewracking.  Who wants to hand over their entire house to a bunch of strangers?  Thankfully, there are a lot of elements in place in the contracts that will ensure that your property is kept safe.  But you will need to leave.  Sometimes, you can have a hotel stay included in the contract so that you don’t have any additional out of pocket expenses, but it’s also a great time to take a vacation.

Of course, this means that you’re turning over control of your house and you might not like some of the changes the film crew decides to make.  You might be getting an updated kitchen, but it might not be to your tastes.  That’s a risk you have to take, and why it’s sometimes easier to just head out of town.

How Do You Get Started?

There are a number of sites to list your home for rent for filming, including Peerspace and LocationsHub, but you should also check with your local film commission to see if they keep a list of location scouts or location companies who tend to be looking in your area.  Get your home on as many lists as you can and then cross your fingers!